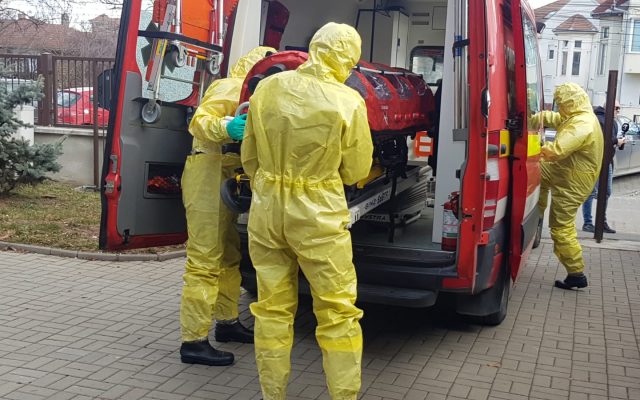 Romania on Thursday marks a month since the first case of coronavirus infection was identified on its territory. Also today, it marks an accelerated growth in the number of cases, as the total figure of confirmed infections just exceeded the 1,000 threshold. 18 people died by Thursday afternoon – all just in the past several days.

The past one month was also marked by serious political troubles. During this time, the Liberal government was forced into all sorts of political trickery to go from a reluctance to drop mid-term plans to push for early elections, to abandon these plans and hastily establish a stable authority.

Even today, March 26, political shenanigans forced a replacement of the Health minister in the Liberal government led by Ludovic Orban, after said minister announced late on Wednesday a measure unfathomable for how things are in Romania – the door-to-door coronavirus testing of all people in capital city Bucharest.

On February 26, the first case was reported in Romania. A month later, the situation is as follows (officially declared numbers):

The evolution of the epidemic in Romania was rather slow, at first. Most cases were first related to people who had come from two of the worst hit countries – Italy and Spain – where Romania’s largest communities abroad also live, or people who came in contact with these.

The number then started to grow with undeclared infected people spreading the infection within hospitals – mainly in Bucharest and Suceava.

That situation is rather sensitive, as it led to a spike in infections among medical personnel: over 150 doctors and nurses across the country have been confirmed positive, with most cases in the hot spots Suceava (90 cases) and Bucharest (36 cases).

It was only recently that authorities admitted that the epidemic was spreading within the community, with no capacity to track back many new infections. And the first death was only announced last weekend.

Pundits linked the low number of reported cases in the first few weeks to the very low testing figures in the country, with multiple people who were eventually confirmed positive claiming they had to wait even for days to be undergo tests, despite warning they had come in contact with potentially infected individuals.

Romania closed schools two weeks ago and reduced office work, urging people to work from home when possible. It later announced a series of fiscal, lending and other economic measures in support of people and companies affected by the crisis. Early this week, a state of emergency issued in mid-March was extended to a lockdown, with people forced to stay indoors most of the time and the army sent to support the police in enforcing the emergency rules. Limits were also applied to foreigners willing to enter Romanian territory.

A key risk in upcoming weeks is related to the tens of thousands of people who have returned to the country for the past couple of weeks, mainly from hard-hit countries like Italy, Spain, Britain, France or Germany, to stay away from the „red” spots there and to spend Easter with families next month.