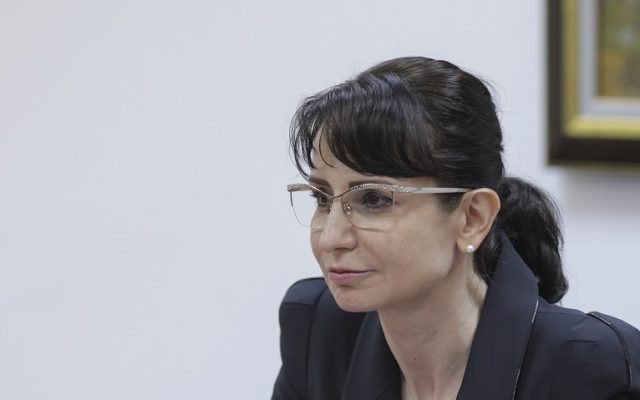 UPDATE The head of Romania’s key prosecutorial office in charge with organized crime cases, DIICOT, has submitted her resignation. Giorgiana Hosu’s resignation was announced by the Justice minister Catalin Predoiu in a press release late on Thursday. DIICOT deputy head Oana Patu is due to take over.

INITIAL REPORT A former police officer who is the husband of the top organized crime prosecutor in Romania has received a 3-year suspended prison sentence in a criminal case, despite he managed to dodge some of the corruption-related charges. The sentence can be appealed.

The case involving former policeman Dan Hosu had affected the nomination of prosecutor Giorgiana Hosu, his wife, to take over as head of the main body dealing with organized crime in Romania, DIICOT. She eventually succeeded earlier this year, as president Klaus Iohannis accepted a series of controversial nominations for top prosecutorial offices in the country.

In his case, Dan Hosu was acquitted for charges related to corruption – influence peddling and bribery. That happened because the court has dropped evidence which had been obtained by the Romanian Intelligence Service, which could no longer be used in court due to a Constitutional Court decision.

But Hosu was sentenced for instigating illegal access of an IT system and the use of sensitive information.
Prior to the court decision, President Klaus Iohannis said on Wednesday that, in the case of a sentence on the name of DIICOT chief’s husband, he would not wait for others to act first and „things will surely follow”.

Dan Hosu, a former head of the office dealing with migrant trafficking within the Romanian police, was indicted by the National Anti-Corruption Department (DNA) in February 2017. He was charged with helping a former member of an insurer to influence decisions of the main body supervising the financial and insurance market in Romania, ASF, on two issues related to said insurer, Carpatica Asig.

Full report on the case – in Romanian here

Edited in English by Costin Ionescu