Deep tensions in the AUR party. George Simion, great ruler over an…

Deep tensions in the AUR party. George Simion, great ruler over an army of orcs.

Tensions at the top of AUR, between the two co-presidents George Simion and Claudiu Târziu, have flared up again in the public space. The two leaders are no longer hiding the fact that they have different views on the growth strategy of the party, which has already reached 20% according to the latest poll. Simion proposed to the leaders of the PMP an alliance or a merger with the AUR on Thursday evening and promised to help them build a parliamentary group, as we revealed in exclusivity.

Without hiding his dissatisfaction, the AUR co-president Claudiu Târziu told G4Media.ro that George Simion did not inform the party in advance that he would be joining via a Zoom on Thursday, a meeting of the PMP party. Businessman Dorin Marius Lulea, one of the founders of AUR and Simion’s former employer, also rejected, in a Facebook post, the option of an alliance or merger with the PMP.

George Simion came back on Friday with an invitation to several parties, including the PMP, to form the Conservative Pole. Among the invited parties is the Coalition for the Nation, a party led by Dan Chitic, a character constantly promoted by Russian propaganda. Lawyer Dan Chitic has been supporting Romania’s exit from the EU already since 2019.

Chitic would be just the latest political creature to join the army of orcs of which George Simion dreams to be the maximum leader. He recently posed alongside Dan Diaconescu, a former populist party leader convicted of blackmail, from whom he proudly borrowed the purple tie and with whom he is said to be on friendly terms.

Simion has also recently resurrected Eugen Teodorovici, the former finance minister in the Dancila government, whom he would groom for the position of executive president of AUR. Simion has also announced that Călin Georgescu is as good as installed as the party’s honorary president. Later, after a series of scandalous public outbursts, he was forced to distance himself from the admirer of Corneliu Zelea Codreanu and Ion Antonescu. A former AUR proposal for prime minister, Georgescu has glorified war criminals, Legionary leaders, or expressed violent anti-NATO, anti-EU, and pro-Russia positions.

At the end of January, George Simion unsuccessfully tried to attend the Madrid conference of sovereigntists, populists, and far-right parties where he was literally kicked out by the organizers because of his bad reputation as the leader of a party that downplays the Holocaust, a red line all over Europe. And the Madrid action, where he went alone, also seemed to be his personal initiative.

On the other hand, the other AUR co-president, Claudiu Târziu, together with Sorin Lavric, the party’s ideologues, are trying to position the party in the conservative zone, but stripped of the excesses, the physical violence, and the language cultivated by Simion. However, they are obviously attracted by the Legionary model, by the „tragic” figures (as they call them with undisguised admiration) in the history of the Romanian extreme right, but who introduced assassinations as a state policy in the interwar period. For this reason, Târziu and Lavric, leaders with higher intellectual pretensions, do not see with good eyes the population of the party with laughable figures and political impostors, such as Călin Georgescu, Dan Chitic, Eugen Teodorovici or Dan Diaconescu.

Simion, who currently shares the position of president with Claudiu Târziu, wants to exercise absolute power in the AUR, which he considers his creation. Earlier this week he announced that an extraordinary congress would be held later this year to change the party’s structure to a single president. According to G4Media.ro sources, the extraordinary congress could be held very quickly, around the end of March.

George Simion is in full control of the leadership structures of  AUR, so the Congress and his election as sole president will be a mere formality. Claudiu Târziu will most likely be offered the position of honorary president with ideological powers in return, but the real power will be concentrated in Simion’s hands. The Târziu-Lavric group may reject the direction Simion wants to take the party, but they have little choice. A break-up seems unlikely.

Simion’s goal is to make AUR a majority party, impossible to avoid or isolate, unless he dreams of leading Romania on its own at some point. But behind today’s top leader there have been other forces in the past, the intentions of which are not entirely made clear. It is not at all clear what is the point of swelling the army of orcs with all the undesirable characters in Romanian politics. The latest person to enter this gallery is Cristian Diaconescu, the political chameleon who has moved through three political parties, and who has a past strongly linked with the System.

Does he want to bring them all together in order to control them more easily, not to leave the nationalist vein up to chance, or does he want to use them to make sure that, after an eventual collapse of the PNL and PSD, he will continue to lead Romania from the shadows with the new political vehicle made in the image and likeness of a significant part of the Romanian society? 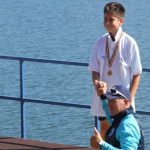 Translated from Romanian by Ovidiu Harfaș 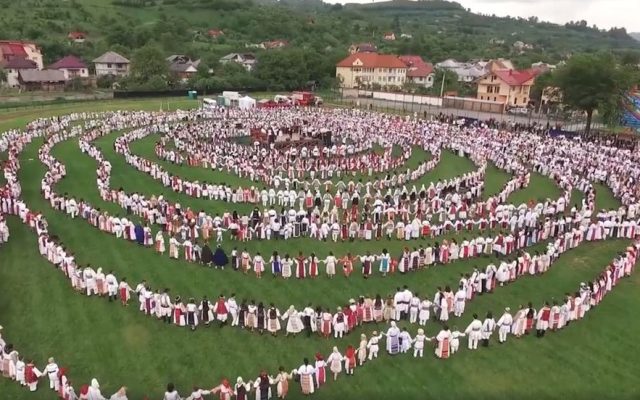 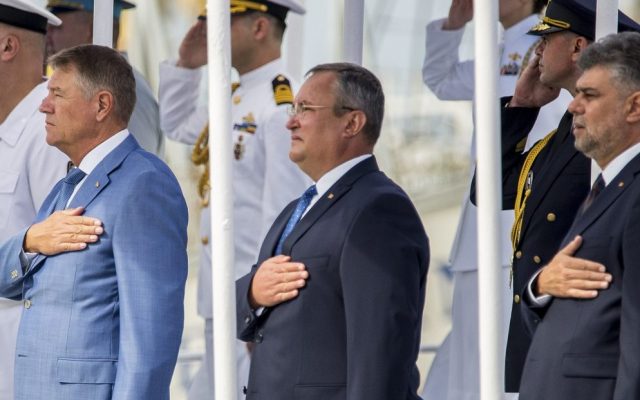 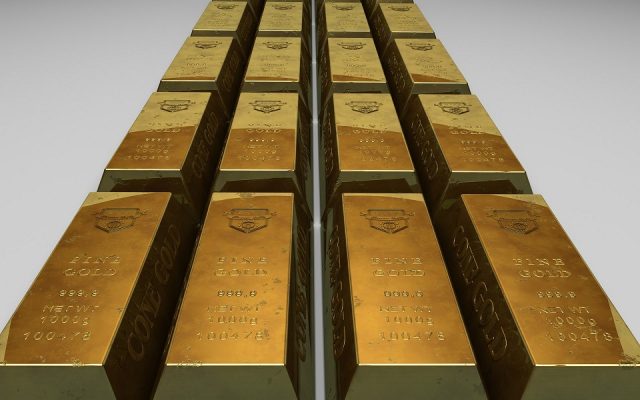