Fake doctor Matteo Politi, accused of performing surgery on 28 people in several private clinics without the right to practise, was sentenced at first instance to 3 years and 10 months in prison

The 1st District Court on Tuesday sentenced Matteo Politi, an Italian accused by prosecutors of performing surgery on 28 people in several private clinics even though he was not entitled to practice, to 3 years and 10 months in prison, according to the minutes of the hearing. The sentence is not final, Politi can appeal.

The fake Italian doctor Matteo Politi was sent to trial in 2020 by prosecutors from the Public Prosecutor’s Office of the 1st District Court.

The Italian worked as a plastic surgeon for five medical establishments in Romania without having the right to do so. He had been given a code of signature stamp by the Bucharest Public Health Department.

After the investigation was launched, the Italian tried to flee Romania but was caught in February 2019 on a train at Curtici customs. He was remanded in custody for a period but is now free.

„Between March 2018 and 7.12.2018, the defendant performed acts specific to the profession of plastic surgeon-aesthetician on nineteen patients, in clinics in Bucharest. Between March 2018 and 07.12.2018, the defendant misled nine injured persons about his capacity as a specialist in plastic-aesthetic surgery and as a doctor with the right to practice in Romania, using a false name and performed on them acts specific to the capacity of a plastic-aesthetic surgeon, thus obtaining an unjust patrimonial benefit consisting of the sums of money paid by the patients for the medical acts performed on them, amounting to approximately 13. 880 lei and 10,150 euros,” reads a statement issued by the Public Prosecutor’s Office of the 1st District Court.

Prosecutors also say that, in September 2018, the Italian misled two doctors by presenting himself under a false name, claiming that he would soon be the owner of a private clinic based in Bucharest, although he knew that there was no real possibility of acquiring the clinic in that term, not having the financial resources for this purpose.

The investigators note that Matteo Politi induced the two doctors to conclude a contract for the provision of services with a commercial company, of which he was the administrator, charging the sum of 13,896 lei, representing the rent for three months’ use of surgery within the clinic, the two doctors not being able to benefit from the space in question as they were not allowed access by the real owner.

On 19 March 2018, Matteo Politi induced officials from the Public Health Directorate of the Municipality of Bucharest to take the necessary steps to obtain the right to practice, handing them documents falsely attesting to his status as a doctor and his specialization as a plastic and cosmetic surgeon, and intentionally drawing up a registration certificate dated 23. 03.2018, certifying that he was registered in the personnel records of the DSPMB with a stamp code number, even though he was not a doctor and, consequently, did not meet the conditions of free practice.

Prosecutors also say that on 22 March 2018, Matteo Politi induced officials from the Ministry of Education – National Centre for the Recognition and Equivalence of Diplomas, handing them documents falsely attesting to his status as a doctor and specialization as a plastic surgeon-aesthetician, to draw up, without guilt, an attestation on the basis of which the Higher Education Graduation Diploma, issued by the Faculty of Medicine – University of Pristina, is recognized as a bachelor’s degree in the field of health, and the certificate also recognizes studies obtained abroad, in relation to the Romanian education system, for the purposes of employment and enrolment in professional training courses, although the defendant was not a doctor and had not attended medical courses at the faculty in question, the diploma being false. 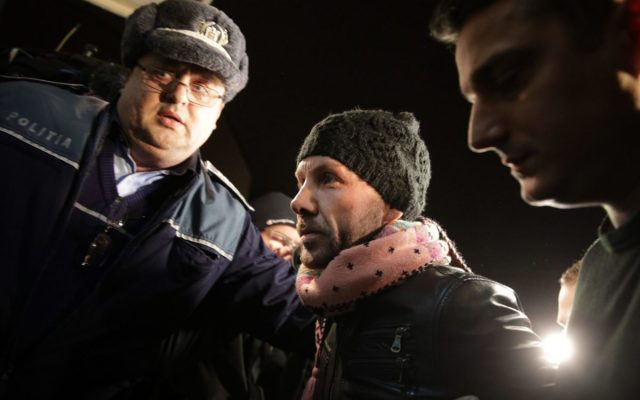