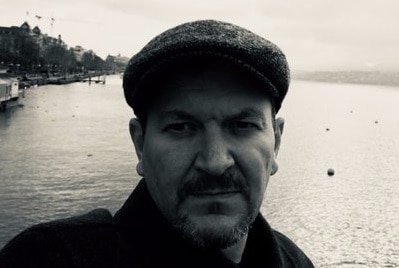 With 156 journalists behind bars as of 26 February 2018 and the closing down of more than 150 media outlets by virtue of the state of emergency decrees, Turkey is the global leader in suppressing the media. Under the long-lasting state of emergency, the Turkish government has been running a severe crackdown on dissidents from all walks of life including journalists, academics, judges, teachers, doctors and philanthropists ever since the failed coup.

Turkish president Erdogan has made it crystal clear that any kind of dissident opinion doesn’t deserve to live according to his point of view and he does his best to make sure that they don’t. For this reason, he destroyed the judicial mechanisms of Turkey. Courts have become venues where Erdogan’s wrath is distributed among those who disobey Erdogan and his latest ally, the ultranationalists.

The recent case of veteran journalists Sahin Alpay and Mehmet Altan has shown another angle of Erdogan’s pragmatist authoritarianism. With these cases, manipulation of the European Court of the Human Rights by the Erdogan government together with the Council of Europe leadership has started to be debated. Alpay and Altan were arrested in the aftermath of the controversial coup attempt that took place on the 15th of July 2016. They were accused of overthrowing the government, being a member of terrorist organization, possessing a one US Dollar bill, holding an account in a legally working bank, kissing the hand of Fethullah Gulen, a self-exiled Turkish cleric living in the US, and spreading subliminal messages to promote the coup.

The Constitutional Court has decided for the two journalists on the 11th of January 2018 that their right to liberty and security and freedom of expression had been violated as a result of pretrial detention. But the local court refused to implement the High Court’s ruling and the two were not released. The crisis of the rule of law has hit its peak in Turkey with this unlawful implementation of the lower court. On the 16th of March, the Constitutional Court issued a second ruling for Alpay urging the lower court to free him immediately. Note that in between of the two decisions of the Constitutional Court, Tjorborn Jagland, the General Secretary of the Council of Europe of which the European Court of the Human Rights is a body, has paid a two-day visit to Turkey. The Secretary-General has been severely criticized for having long been playing into Erdogan’s hand in European platforms. Rumoured that he put pressure on the government to release Alpay so that the ECtHR doesn’t have to null the Constitutional Court’s position as an effective domestic remedy.

As a result, those who have been arbitrarily arrested which amount to nearly 50.000 should first wait for the Constitutional Court’s decision. With the tens of thousands of already awaiting files, the Constitutional Court will be unable to provide a remedy for them in the short term. According to Yaman Akdeniz, a prominent law professor and rights defender, the rejection of Strasbourg Court to examine the complaints of Alpay and Altan relying on the Article 18 of the European Convention on Human Rights means that the Court ignores the overall situation in Turkey which principles of the rule of law and respect to human rights have been destroyed by the alliance of Erdogan-Ultranationalists. According to him, the ECtHR has turned blind eyes to the political nature of mass arrests of journalists and other people. He says that arrest of them for expressing their opinion, which lacks legal ground, must have been examined and declared by the ECtHR as rights violation. Akdeniz argues that that approach of the ECtHR is disappointing and makes its position of effectivity questionable because if the Court would have decided a violation, relying on the Article 18, the other arrested journalists might be released too.

Apparently, the highest court of Europe in the field of human rights doesn’t promise too much for those who fight for freedom of expression and reinstating the rule of law in Turkey. Reluctance of the international community to take action against Erdogan government to prevent the grave violations of human rights and decline of the democracy in the country affects the top judicial body of Europe. Nevertheless, the ECtHR is the biggest source of hope for Turkish purge victims with the power it holds. No other judicial body could have made possible the release of 74-year old Sahin Alpay.

Note: Dr. Ugur Tok is director of the Platform for Peace and Justice ( www.platformpj.org ) ,a Brussels based human rights monitoring organization.