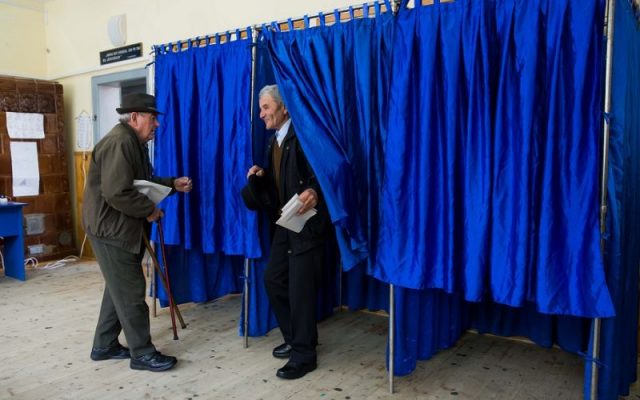 Organizing local elections on September 27 is a risky gamble since Romania is preparing for a second wave of COVID-19. Will the measures PM Orban promised be sufficient to protect voters?

Nearly a month ago, the head of the Emergency Situations Department (DSU) – Raed Arafat – alerted Romanians to the high risk of a second wave of Covid-19 following the end of the state of emergency and the beginning of the summer holidays.

The prophecy did happen. Today, Romania is on the list of the European countries with the highest rate of new infections alongside Sweden and Serbia. Romania has recorded 555 new cases over the last 24 hours, breaking the record of 523 set on April 11. And there is no end of this trend in sight.

Faced with such situation, organizing local elections in less than three months, seems to be a risky bet for prime minister Ludovic Orban. However, the authorities announced that everything would be done to prevent the spread of the virus thanks to a series of measures. Therefore, public gatherings will be banned, wearing masks will be compulsory and polling stations will propose disinfectants and enforce social distancing.

According to the government, adapting voting conditions in this way will ensure the protection of voters from the Covid-19, provided that “all the rules must be followed”, PM Orban said.

But what if the rules are not enough to prevent the spread of the pandemic? France and Serbia have already experienced elections, in March and June respectively, with these measures. They both have shown elections, even behind a mask, could expand or bring back the spread of the coronavirus.

As PM Orban said in June 25, French President Macron stated on March 12 that “nothing stand[ed] in the way of voters going to the polling stations”. Yet, the Institute of Labor Economics (IZA) published in June 2020 a study demonstrating a correlation between participation rate and death toll. The higher the voting rate, the higher the number of deaths among the elderly was, within the next 5 weeks of the first round. From there, it would imply that the number of infected increased around the election period.

Local elected officials also paid a very high price in France. Even if there is no data about the exact number of infected, many cases of assessors and mayors were reported by the press. In the city of Coudekerque-Branche, 50% of the municipal list has tested positive for Covid-19 after they each managed a polling station.

The country was also moved by the deaths of mayors and senior officials following the local elections. However, after the second round of these elections ten days ago, already new cases were recorded, but less are expected. Maybe because people are more aware of the seriousness of the situation and thus easier respect the rules. According to the same study, shaking hands, manly hugs and sharing pens are the main explanations of the spread of the virus during elections.

Another example of the risks posed by elections is the current situation in Serbia. On June 21, the authorities organized the parliamentary elections. Since, many high-ranking officials in the ruling coalition have been tested positive for Covid-19 after attending a victory party. Yesterday, 299 new cases were reported, while in May there were only about 50 per day in average.

But one could argue that Romanians, including politicians, will fully respect all the measures and social distancing, avoiding victory gatherings among others. If so, one may then take a look at the health of democracy. Is an election with less than 50% voters really representative of democracy? In France, the level of abstention has never been so high since 1958 with 58% in the second round. In Serbia where the situation is a bit different due to the opposition boycott of the general elections, the turnout was slightly under 50%.

Consequently, some French mayors already resigned because of a lack of legitimacy they said. Certainly, most of the elected officials will stay in office, but the historic rate of abstention rises concerns about the quality of democracy.

However, in the same time, postponing the elections, scheduled on September 27, may be seen as a denial of democracy, as the opposition stated in France and states in Romania. Definitely, the government is between the hammer and the anvil, and whatever it does, it will be criticized. However, as the mayor of Coudekerque-Branche said “Democracy has no price but a health cost”. Can we accept this cost?