In recent months, several applications have been filed with the Bucharest Tribunal for the foundation of political parties by founders who are steeped in extremists and conspiracy ideologies. For the most part, the applicants are former AUR members.

One of these applications has already been admitted, one rejected at first instance, and in the other two cases, the cases are still to be examined by judges for verification of documentation. In recent years, the procedures for founding a political party have become much simpler, requiring only three members, proof of a registered office, and standard documents such as the party statute.

The Patriots of the Romanian People’s Party was established by a decision of the Bucharest Court on March 18, and its founders are Cristian Vasile Lască, Andrei Cristian Boroș and Dănuț Nicolae Pop.

The former is a cousin of the Bihor MP Mihai Lască, who was expelled from the AUR last year and sentenced to two years in prison, with a suspended sentence, in a case of assault.

Boroș, also a former AUR member, and Pop are advisers to the Bihor MP’s office. MP Lască, now an independent, is also on trial in an organized crime case before the court. During the pandemic, the Lască and Boros brothers organized and participated in several anti-vaccine demonstrations in Oradea. Among Lască’s political statements in Parliament were those entitled „EU and NATO – the millstones around Romania’s neck!”, „Medical dictatorship is and will be the most dangerous virus of all times!”, „The European Union is the dictator of Europe and Romania”, and „Stop the blackmail of vaccinating Romanians with experimental serums!”

Last year, Lască asked the then Prime Minister, Florin Cîțu, to provide him, within 7 days, with, among other things, „the scientific study carried out and unanimously recognized worldwide and implicitly carried out and recognized in Romania, which demonstrated the existence of the Sars-Cov-2 virus through isolation, purification, passage through Koch’s Postulates, establishing the Gold Standard.”

Lască did not respond to G4Media calls and messages, but Boros said his boss will also be a member of the party which already has „a lot of support”. The parliamentary councilor rejected the idea that the party he represents will be an extremist one, saying that „divorce from AUR means another ideology.”

Excluded from the AUR alongside Lască, senator Diana Șoșoacă took part in many of the protests organized by Lască, admitting to G4Media that she „shares certain views” with the MP from Bihor.

She added, however, that she did not know about the initiative called the Party of Patriots: „I have not heard of this project. I don’t know anything about it. I rally ONLY WITH THE ROMANIAN PEOPLE AND ROMANIA!” Boros said that so far his party has not had any discussions with Senator Șoșoaca, but intends to do so in the future.

On May 23, the same court in the capital will consider the request to establish the Law Education Unity Party (LEU). Two of the founders – Cosmin Marian Matache and Andy Constantin Lupu – appear as representatives of two centers set up last year by the AUR in Ilfov to collect signatures for the impeachment of President Klaus Iohannis.

Earlier this year, Matache shared a post from AUR on Facebook announcing „Victory! The ‘green’ work certificate is permanently abolished! Remove it from public institutions, restaurants, and fitness and entertainment halls. It’s useless!” Contacted by G4Media, Matache was evasive in his statements, limiting himself to saying that he is awaiting the court’s decision and that he and Lupu are no longer part of the AUR „because they no longer represent us.”

The documentation for the establishment of the Roexit Party has also been submitted a few days ago, with three founders from Cluj: Robert Vitoș, Smaranda Nicoleta Lup, and Sergiu Dan Grecu. Lup founded the AUR organization in Cluj county, and in 2021 she came into conflict with the party’s central leadership, being expelled from the party in March this year.

Pending the judges’ decision, the founding members have set out their intentions on social media: „If you want Romania not to fall victim to the new order and the great reset, we need your support. The ROEXIT party is in the process of being set up and we aim to get Romania out of the European Union. This would be a very important step towards no longer being slaves. Obviously, we also need leaders who will not sell out the country.

It is the duty of all Romanians to wake up to reality and stand up against globalism. We, the founders of the ROEXIT Party, know that production, agriculture, and the exploitation of natural resources can be resumed to achieve energy independence. Romania’s only chance is to become independent and neutral.

The 2024 elections could be our last chance to escape the clutches of those who will make us weak, the sellouts and the import-dependents

Once the party is established, we will immediately start explaining to all Romanians that we have no more time to lose and that the fate of the country must be decided by us, not by Ursula.” (von der Leyen, President of the European Commission n.r.)

On the possibility of Roexit being labeled extremist, Lup said, „There is no more room for fear. For over 30 years, fear and weakness have brought us to our knees as a country. The ROEXIT party is unquestionably nationalist and radical. People have no more time for games and weak, lying politicians. We are what we are: determined, young, and non-sellouts.”

„European Union structures have taken advantage of Romania over time. They have milked us for cheap labor and given us orders not to develop economically in our own country. Over time we will speak out and expose all the horrors of the EU. We believe that we will finally get out of this political union that has been imposed on the people”, said Smaranda Nicoleta Lup.

It should be noted that, in the context of the AUR elections for the election of a new president, there were several internal conflicts, including the resignation/exclusion of some MPs who could be attracted to the new parties, a fact also acknowledged by Andrei Boroș of the Romanian People’s Patriots Party.

On March 16, Cornel Dan Sabou’s request to set up the Qanon Patriots Party was rejected by the first instance. Following the communication of the reasoning, Sabou has the right to appeal. He presents himself as an investigative and attitude journalist from Baia Mare and informal leader of Qanon Romania.

In 2008, the man from Baia Mare went to prison after issuing false cheque slips and false payslips. In August 2020, he organized a demonstration against wearing masks in Bucharest’s Victory Square.

In a personal blog post last year, Sabou announced, „The Q ROMANIA group was formed on Facebook to spread the TRUTH about the false coronavirus pandemic and to fight, together with patriots around the world, in the war being waged on the Planet against the Global Occult.”

Founded in the US on conspiracy theories, the Qanon movement has over time become political. The central Qanon theory is that a group of cannibalistic pedophiles, operating internationally, conspired to oust former US President Donald Trump from office. 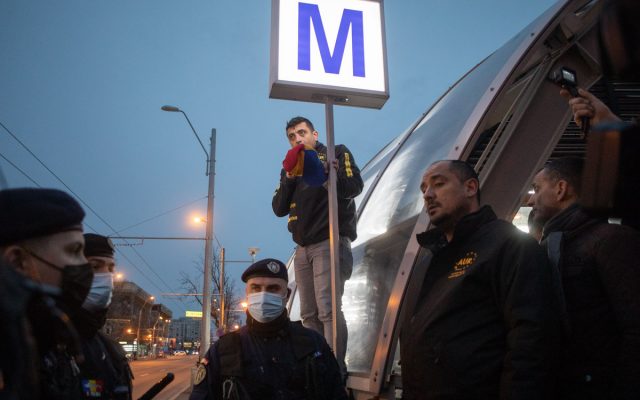 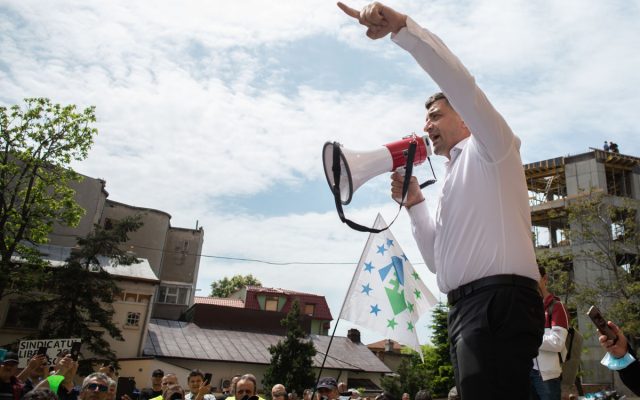 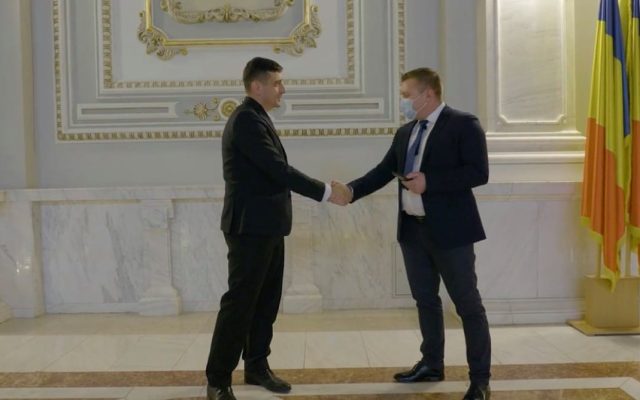