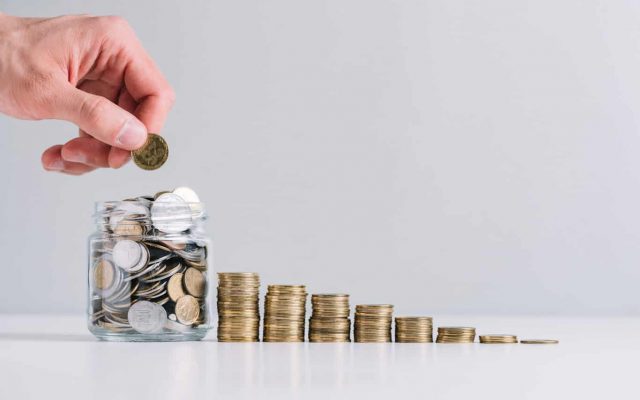 Overview
Large spending deviations by the previous government have forced Romania’s current leadership to revise up its fiscal targets for 2019 and 2020, against the backdrop of a slowing economy.
Planned wage and pension increases will contribute to a widening of Romania’s already substantial current account deficit through 2020.
While we assume significant fiscal consolidation commences next year, the rigid budget structure and volatile policy environment pose risks to that assumption.
We are therefore revising our outlook on Romania to negative from stable, and affirming our ‘BBB-/A-3’ ratings.
Rating Action
On Dec. 10, 2019, S&P Global Ratings revised its outlook on Romania to negative from stable. At the same time, we affirmed our long- and short-term foreign and local currency sovereign credit ratings at ‘BBB-/A-3’.

As a „sovereign rating” (as defined in EU CRA Regulation 1060/2009 „EU CRA Regulation”), the ratings on Romania are subject to certain publication restrictions set out in Art. 8a of the EU CRA Regulation, including publication in accordance with a pre-established calendar (see „Calendar Of 2019 EMEA Sovereign, Regional, And Local Government Rating Publication Dates: Midyear Update,” published July 2, 2019, on RatingsDirect). Under the EU CRA Regulation, deviations from the announced calendar are allowed only in limited circumstances and must be accompanied by a detailed explanation of the reasons for the deviation. In this case, the reason for the deviation is the rising risk that delayed policy response could lead to the erosion of Romania’s key credit strengths: its modest public and external leverage. The next scheduled rating publication on Romania will be in 2020, with the exact timing publicly available in our next „Calendar Of Sovereign, Regional, And Local Government Rating Publication Dates,” which will be published later this month.

Outlook
The outlook revision reflects increasing risks to Romania´s economic and fiscal stability should policymakers be unsuccessful stabilizing and consolidating Romania’s budgetary stance, including from plans to implement further pension hikes from next year.

Downside scenario
We could lower our ratings on Romania within the next 24 months if:

Fiscal and external imbalances continue to deteriorate and persist for longer than we currently anticipate, with the absence of fiscal consolidation resulting in higher public and external debt than we currently forecast.
A lack of economic policy synchronization leads to an overextension of real wages and increased exchange rate volatility, with potential negative repercussions on public- and private-sector balance sheets.
Upside scenario
We could revise the outlook to stable if we observed that the government has made headway in anchoring fiscal consolidation, leading to a stabilization of Romania’s public finances and external position.

Rationale
Policymakers have increased their projections for the budgetary deficit for 2019 and 2020 to 4.3% and 3.5%, respectively, of GDP from 2.8% and 3.0%, signifying a major deviation from original targets. These revisions largely reflect Romania’s new government’s transparent decision to settle overdue invoices and arrears with suppliers within the 2019 budget while revising downward its expectations for revenue growth.

However, we believe there are grounds to question the realism of the revised budgetary targets over the 2020-2022 period. First, we understand the government intends to stand by the pension hikes mandated in the July 2019 pension law, leading to over 3% of GDP in cumulative pension spending increases in 2020-2022.

Second, in our view, any plans for offsetting budgetary measures are complicated by the upcoming election cycle. Given that the general government deficit will likely exceed the EU’s 3% of GDP Excessive Deficit Procedure (EDP) ceiling this year and next, Romania may not be able to avoid the EDP determined by the European Commission under the Stability and Growth Pact. Romania was last subject to the EDP from 2009 to 2013.

Third, an economic slowdown would weigh on government revenues, leading to further budgetary pressures. Under our base-case macroeconomic scenario, we assume growth remaining close to 3% through 2022.

Despite these concerns, we have decided to affirm the rating given comparatively low stocks of general government and external debt. The affirmation also reflects Romania’s EU membership, which benefits its institutional framework, in our opinion. Constraints to the ratings include low economic wealth, relatively weak administrative capacity, an unpredictable policy environment, and only average monetary flexibility relative to peers.

Economic growth in Romania should remain just below 4% this year before weakening in 2020-2021, since external demand and wage growth are slowing.
Erratic policy execution, low administrative capacity, corruption, and polarization weigh on our institutional assessment, which is nevertheless helped by Romania’s EU membership.
We do not expect meaningful fiscal consolidation before the 2020 elections.
We believe that the volatile political and policy environment will constrain the interim government, headed by Mr. Ludovic Orban, in delivering reliable fiscal consolidation ahead of next year’s general elections. Should the 2020 budget proposal not achieve parliamentary support in the December budget vote, the prospect for snap elections would rise. The likelihood of this scenario and its timing are difficult to predict given the fluidity of Romanian politics. Ultimately, we believe that an election and a reset of parliamentary positions would likely be required to form a government with a sufficiently strong mandate to move ahead with a firmer consolidation agenda.

Romania’s political environment remains subject to confrontational rhetoric and parliamentary infighting. Political dynamics are in flux because support for the historically dominant Social Democratic PSD party has been declining, culminating in the October 2019 no-confidence vote and the landslide re-election of centrist President Iohannis in November. Given the busy election calendar, we anticipate that short-term political objectives will continue shaping Romania’s historically procyclical fiscal policy.

The Romanian government has repeatedly deviated from the medium-term objectives stipulated in the EU’s Stability and Growth Pact. The planned headline deficits for 2019 and 2020 suggest a longer delay in responding to the imposition of an EDP than we had anticipated. That said, we continue to regard Romania’s EU membership as an important policy anchor, and we believe the very likely imposition of the EDP in 2020 will ultimately serve to instill fiscal discipline–but not before a new legislative term has commenced. For these reasons, our base-case scenario forecasts show fiscal deficits will start declining from 2021, after the general elections take place.

Romania will likely close 2019 with headline growth of just under 4%, after consumption-led expansion. This follows average wage inflation so far this year of close to 15% alongside increased government that boosts demand. We understand that authorities plan to move ahead with a 7.2% increase in the minimum wage early in 2020, a measure that would likely contribute further to short-term overheating and an even wider current account deficit.

Over the medium term, however, we believe growth will decelerate as fiscal impetus subsides. For our base-case macroeconomic scenario, we assume growth remaining close to 3% through 2022, though we acknowledge that there are near-term uncertainties in either direction.

Over the longer term, Romania’s growth prospects will remain constrained by the high net emigration of skilled labor and negative population growth. Structural reforms to address these issues appear to be lacking. High wage growth in recent years has not been accompanied by comparable increases in productivity, which has in part eroded the competitiveness of Romania’s exports.

We expect general government deficits will reach 4.3% of GDP in 2019 and 4.0% of GDP in 2020.
The funding mix of Romania’s current account deficits is shifting, as foreign direct investment (FDI) and capital account flows decrease.
Despite the uncertain fiscal outlook, we expect Romania’s central bank to keep inflation expectations under control and maintain adequate foreign currency reserves.
Romania’s fiscal deficit is widening more rapidly than we originally projected. In its November budget revision, the new government has announced a deficit of 4.3% of GDP for 2019 compared with the planned 2.8% deficit of its predecessor. The deterioration stems in part from weaker-than-expected tax revenues but is primarily due to payment of arrears to suppliers. We believe pressures on Romania’s budget will persist through 2022. The composition of the budget and structure of the deficit suggest imbalances are significant, with spending on wages and pensions now standing at well over 80% of tax revenue. We consider the fiscal choices made thus far particularly problematic, given the country’s challenging demographics.

Weaker fiscal performance stems from the pre-electoral context, which constrains the interim government’s room to maneuver. We have revised our forecasts to include in 2020 fiscal expenditures of 1% of GDP, related to the pension law and only partly mitigated by government’s potential offsetting measure. For 2021, we assume the elections will provide the government with a mandate to change material elements of the pension increases anticipated in the July pension law. Absent such measures, we project that Romania’s fiscal deficit will climb to about 6% of GDP by 2022, with government debt sharply higher as a share of GDP, implying an increase in interest expenses and further strain on its external position.

Yields on government securities showed fluctuations over 2018-2019, with an increase in the cost of government borrowings. This, in our view, reflects the country’s higher financing needs and greater uncertainty regarding fiscal policy. The widening of government deficits in 2019-2020 has amplified short-term financing requirements. With mounting uncertainty on the prospects of fiscal stabilization, this situation could lead to a further rise in funding costs and a higher interest bill. Romania’s government debt stood at 35% of GDP in 2018, with government liquid assets representing approximately 5% of GDP. The maintenance of this fiscal reserve buffer will continue to help limit refinancing risk, alleviating the effects on access to financing in the event that foreign investment starts dwindling.

Romania’s current account deficits will likely remain elevated through 2022, mirroring the ongoing consumption-led growth and evolution of the government’s fiscal position. Strong domestic demand and softening exports will result in deficits exceeding 5.0% of GDP on average over 2020-2021, in our base case. Perhaps more importantly, we observe that the current account deficit is increasingly covered by debt-financed inflows, since FDI and capital account flows are moderating. Compared with 2017, deficit coverage by these flows declined to around 70% in 2018 from over 90% and have reduced further in 2019 as the current account deficit widened. Moreover, we note a lack of foreign greenfield investments, suggesting that investors might be increasingly hesitant due to the rapid wage growth, lack of infrastructure development, and continuing political and policy uncertainties in Romania. This will likely keep Romania’s external debt on an upward trajectory.

The leu’s value is determined under a managed float in an inflation-targeting regime, with a target of 2.5%, plus or minus 1 percentage point. We forecast an inflation rate of 4.0% in 2019, and believe that the inflationary environment will keep the spotlight on monetary policy, due to the need to firmly anchor inflation expectations. Consumer price index-based data shows that the real effective exchange rate has been stable since the end of 2016. However, wage-adjusted real effective exchange indicators suggest overvaluation.

We have observed that the National Bank of Romania (NBR) has countered depreciation pressures on the leu through intervention in the foreign currency market, in particular through November which saw a meaningful net outflow of reserves. Failure to anchor fiscal policies will pressure the leu, further complicating the central bank’s mission. Over 2019, the NBR has been adamant that an exchange rate correction as a way to handle the external deficit is not on the table. We expect the NBR to uphold monetary policy credibility, anchor inflation expectations, and keep foreign currency reserves at a solid level. We forecast a controlled exchange rate correction through 2021 in our base scenario as the outlook for fiscal consolidation remains uncertain. Elevated exchange rate volatility could have severe repercussions on public- and private-sector balance sheets, in particular because about half of Romania’s government debt is denominated in foreign currency. Moreover, an estimated 40% of financial sector deposits are denominated in foreign currency, as well as roughly one-third of sectorwide loans.s

Romania’s predominantly foreign-owned banking sector remains sound, in our view. The system’s loan-to-deposit ratio declined to about 80% at year-end 2018 from its peak of 137% in 2008. Lending growth has remained positive for the past two years, with loans to households and loans denominated in Romanian leu increasing strongly, though this trend has recently decelerated. Nonperforming loans had dropped to less than 5% of total loans by Dec. 31, 2018, from over 21% at midyear 2014. Liquidity and solvency ratios remain strong, and banks have maintained their profitability despite low interest rates.