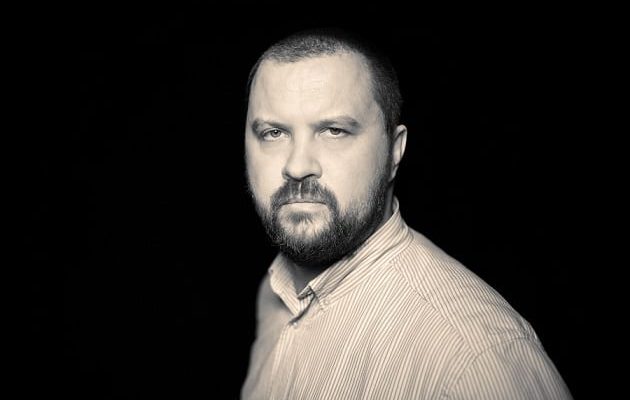 The fight against high level corruption in Romania, which was declared a strategic objective in 2005 and a threat as serious as terrorism or other major crimes, no longer counts among the priorities of the Romanian state – a first in 15 years. The issue had disappeared both from public debate and media attention and from strategic documents of the state.

The National Defense Strategy for 2020-2024, describing the vision of President Klaus Iohannis over priorities and providing action guidelines for key institutions, does not mention the fight against high level corruption at all. Not a single word or faintest reference about it.

President Iohannis’ last public reference on this topic which is still troubling the Romanian society dates back to December 9, 2019. In a message marking the International Day Against Corruption, Iohannis said at the time: „I have been and remain a strong supporter of the fight against corruption.”

It’s been all quiet ever since. The President spoke about Justice on Wednesday, recalling the need to fix the laws governing the sector which have been hit by the Social Democratic government and parliamentary majority of the past several years. But not a word about the fight against corruption. As a side note, even the Wednesday position had a simple reasoning behind it: on June 15-16, experts in Brussels charged with the Cooperation and Verification Mechanism (CVM) on Romania will have online talks with relevant entities in Romania.

So to say, the head of state needed to deliver a public signal that he has not totally forgotten about Romania’s commitments.

Three months have passed since the naming of top prosecutors at key bodies in charge with high level crime and corruption. No progress has been made. Naming some of the said prosecutors in office was made in breach of CVM recommendations as they ignored the position of the Superior Council of Magistrates (CSM), magistrates’ representative body.

The new head of the National Anti-corruption Department (DNA) Crin Bologa has been explaining publicly why he’s closing cases, became confrontational with the head of the Constitutional Court, but does not say how come he fails to deliver any new relevant case.

Where has all high level corruption gone now, when public tenders have been suspended for two months? Not a single major public official, a former or current minister or MP, mayor of county council president has met DNA’s prosecutors for months.

Have they stopped stealing public money in Romania? Has big corruption disappeared? Has corruption in hospitals, administration or politics stopped killing people? Have local political moguls become quiet? The attitude of Romanian officials and the new positioning in the strategic documents of the state show that there isn’t a serious phenomenon needing action on behalf of key institutions to fight corruption any more.

Still, this new positioning of Romania comes against other strategic documents, such as the CVM reports or with the positioning of foreign allies. On February 20, for example, US Ambassador to Bucharest Adrian Zuckerman used a speech to attack „corrupt” barons whom he mentioned three times, „endemic corruption”, „oligarchs” and state-controlled companies keeping corruption alive.

To reach these goals, Romania should have taken several steps, among which disbanding a special body charged with investigating suspect crimes within the Judiciary. The Liberal government led by Ludovic Orban opted to retain this Special Section and the new prosecutor general publicly argued in favor of retaining it, despite magistrates as well as experts in Brussels see it as a means of control over the judiciary.

The most recent and relevant document showcasing the new attitude of the Romanian state on corruption remains the National Defense Strategy 2020-2024, adopted by the Supreme Defense Council last week and submitted for parliamentary approval.

For the first time in a decade, corruption is no longer defined in a strategic document as a threat or vulnerability to national security.

The national security policy – says the document – along with the foreign policy is one of the public policies the provision and application of which the Romanian president has legal and constitutional prerogatives.

So there is a new vision of President Klaus Iohannis.

In the strategy 5 years ago, there was one mention of corruption in the action planning segment, in a section related to intelligence, counter-intelligence and security, which included „identifying and signaling acts of corruption”.

In this year’s strategy there is one clear reference to corruption, listed among others in the Risks section.

A possible explanation for including corruption in the Risks section may be a 2018 decision of the Constitutional Court (CCR), which established that certain crimes such as those related to corruption cannot qualify as threats to national security even if they harm the rights and freedoms of Romanian citizens. (the argumentation for Decision 91/2018 of the Constitutional Court of Romania).

The chapter defining the lines of action for key institutions in the 2020-2024 strategy includes new objectives such as identifying and signaling of dysfunctions capable of affecting the security and preservation of national values.

There is also a reference to identifying and signaling actions by illegitimate groups of interests to change decision making; or to the prevention and combating of organised crime actions, including cross-border crime, by actions aimed at influencing decision making, illegal activities, high risk drug trafficking and illegal migration, which the document says can affect national security. But not a word about high level corruption or acts of corruption.

Such words are also missing from the chapter on national security objectives, which include the good functioning of the justice sector and the state of law and prevention and fight against crimes of any kind. Nothing on corruption again.

In March 2005, then-President Traian Basescu announced high level corruption crimes were among the top five threats to national security. It was a decision taken in the first session of the Supreme Defense Council under Traian Basescu’s presidency.

Corruption was placed among threats such as terrorism, proliferation of weapons of mass destruction and states of conflict. In a December 2004 speech as he took over as president for a first term, Basescu had announced that as president of the Supreme Defense Council he would introduce the fight against high level corruption in the national defense strategy.

There have been abuses under Basescu’s rule, but they needed to be tackled case by case. Klaus Iohannis appears to have fallen in the totally opposite extremity. It has to be acknowledged that the lack of activity on behalf of the National Anti-corruption Department (DNA) lately is caused partially by the Social Democrats’ attacks on Justice when they were in power, by the changing of criminal laws in the Parliament and other moves against prosecutors.

But the PSD has lost power for more than half a year, their former leader is in jail, yet the engines of the fight against corruption have yet to restart.

What is the relevance about the missing mention to corruption in the defense strategy? Who is preventing the DNA from doing their job?

First of all, this is a strong signal to key institutions that there isn’t a high level political will to keep fighting corruption any more. Then, once voted in the Parliament, the strategy becomes law for institutions (order for secret services) and the legal basis for mobilizing resources for one line of action or another.

As fighting high level corruption no longer counts as a national priority in strategic documents of the Romanian state, key institutions will not provide relevant resources in this direction for the simple reason of lacking the legal basis for it.

All those who claimed Romania was talking too much about corruption by its own will, thus becoming vulnerable abroad (a PSD-supported theory which also has supporters among the Liberals) are now fulfilling their dream: Romania DOES NOT talk about corruption anymore. The topic has disappeared from official narratives, public talk and the media. Has corruption also disappeared?

One explanation stands in the upcoming local and parliamentary elections, due to be run with the Liberals in power. It would be stupid for Iohannis – who is supported by the Liberals – to fight corruption within its own government during an electoral campaign.

Another explanation might be the will of president Iohannis to get rid of the European CVM monitoring of justice reform, which is seen as a major burden for the Romanian state. Such a monitoring would not be justified in the absence of new corruption cases, following the Bulgarian example.

But it may be more than that.

We might witness a Pax Iohanniana: the way of action applied in the city where Iohannis used to serve as mayor – a quiet atmosphere with no public scandals, with shady negotiations in the benefit of all parties and interest groups.

Romania, one of the most corrupt countries in Europe, is about to become a corruption-free state in the second term of President Klaus Iohannis. As it used to be in the nineties: a corrupt country without corrupt officials.

[Edited in English by Costin Ionescu. Original article in Romanian]