What should Romania learn from the French case: How the local elections… 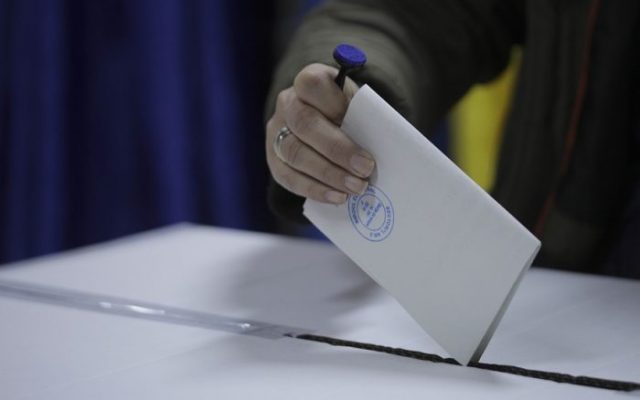 What should Romania learn from the French case: How the local elections could be organized?

While the government has yet to take a formal decision on whether to postpone or hold them on September 27, France has begun analyzing its own experience in organizing polls in the context of a pandemic. G4Media.ro discussed that issue with French mayors and political scientists.

In his televised speech of March 12, French President Macron urged the people to vote, stating that “going to the polls [was] not more dangerous than meeting people in the street or in the bakery”. On March 15, France held the elections but the day after, a national lockdown was imposed. Finally, the second round was postponed to June 28.

“During two weeks, the State communication was no consistent at all asking everyone to vote but the elderly to stay at home” said Bruno Cautrès, a researcher at the National Committee for Scientific Research (CNRS). “These contradictory orders have been one of the main criticisms directed against the president” he added.

Such hesitation had an impact on the French executive’s popularity rating which has faced much more negative opinions than its peers in Germany or in the United Kingdom reported a CEVIPOF survey carried out in April.

“The main point is that, despite a general disenchantment, the people still relies on the State policy in times of crisis” the sociologist added. “Therefore, the State must keep a steady and consistent communication otherwise people would do not know how to behave”.

“The government communication became understandable and efficient only once we got the trio Prime minister, Minister of Health and Director-General for Health” he said. “Then, with a PM relying on these 2 former doctors, the confidence between the people and the State went up but it was a bit late”.

Bruno Cautrès also criticized the President Iohannis’s communication when he drew a parallel between voting with shopping on July 31. “If today, five months later, Romanian executive keeps stating that going to the polls is not riskier than going to the store, then it means that Romania has not learnt anything from the French case” he said.
“There are some differences between both actions, especially many more direct and indirect risks of contacts during elections, linked to ballot counting and post-result gatherings” Pierre Brechon, a political scientist and researcher at Sciences Po Grenoble explained.

In the city of Coudekerque-Branche in France, 50% of the municipal list tested positive for Covid-19 after they managed a polling station. In Serbia many high-ranking officials from the ruling coalition were infected in a victory party.

“The logistic needs to be really efficient and well-implemented” said Fabrice Jacob, the mayor of Guipevas, 15 000 inhabitants, (Right wing). “In France, we received a guideline from the State: no curtain on the voting booths, floor marking, masks, gel etc.” the mayor of the Plouaret village (Left Union), Annie Bras-Denis, added. Despite their political differences both agreed on the fact that out of the guideline, the mayors appeared to be on their own.

Because of the fear of getting infected, an increasing number of people choose not to vote.
In France, the abstention grew by roughly 40% switching from 36% in 2014 to 55% in March and 58% in June 2020. According to the French Institute of Public Opinion, reported by Pierre Brechon, 36% of the abstainers pointed out the fear of Covid-19. The study also shows that 2 French out of 3 were opposed to the organization of the elections.

In the United States, 26% of the Americans indicated that the coronavirus could impact their likelihood of voting in the general election this fall reported a OneLogin survey.

It should be noted that Romania is already quite known for having one the highest rate of abstention in Europe under normal circumstances. In the legislative elections in 2016, 60% of the people registered on the voters lists did not vote.

The survey carried out by the OneLogin stressed that around 50% of the younger people believe that online options would motivate them to vote. However, most of the respondents expressed concerns about the data security and hackers.

“Implementing online voting requires a strong public confidence in the State’s ability to set it up to avoid conspiracies” Bruno Cautrès said. “However, I am quite surprised that the Romanian government has not work on postal voting or online voting. They had months to prepare these elections”.

Organizing elections in the context of a pandemic also raises concern about the legitimacy of the elected persons.
Although there is no institutional lack of legitimacy as long as the quorum and rules are respected, “some of the citizens cannot recognize themselves in the results of the elections” Bruno Cautrès said “The main challenge is about political legitimacy”.

“The new elected mayors will have to reinject legitimacy through popular consultations. Finally, the risk for democracy was not during the elections in March, but now in the building of confidence” Pierre Brechon said. He also noticed an increasing number of legal recourses against the election results.

Studies showed that during the last elections in France, the elderly was the first age group in terms of declining participation while it is usually the most committed to municipal elections. Annie Bras-Denis, the mayor of Plouaret, witnessed the fear of some older people who voted by proxy or even abstained.

“In France, the elderly usually votes for the traditional right” Pierre Brechon said. “The elections held during the pandemic were in a way unfavorable to the Republicans (LR)” he added. In Romania, figures show that the older people mainly vote for PSD.

“In France we did not have any political campaign before the second round, because it was impossible” Bruno Cautrès said.

“In villages and small town, candidates campaign on the marketplace and need to meet people. Because of the virus, it is now impossible to have a decent campaign”, he added.

“However, this major problem can be partially avoided if the State relies on the regional TV channels and newspapers to host programs and debates” he said. “Yet, I don’t really believe in online campaigning, studies show that there is a sociological and generational bias”.

When it comes to decide whether to postpone or hold, the debate is still going on.

According to the right wing mayor Fabrice Jacob, “in hindsight, the government should have postponed the elections. Romania should, maybe, do the same if the number of daily cases keeps growing”. “In this context, it is really difficult to protect voters, get a decent campaign and representative results, not to mention the summer during which people are not too much into politics” he said.

“What about holding the elections in regions where the virus incidence is low and postponing in the red cities like Bucharest?” the mayor of Plouaret asked. Fabrice Jacob said he would not suggest such organization as in the local elections, not only mayors are elected but also the community of communes.

Be as it may, “whatever Klaus Iohannis decides to do, he will be criticized, as Macron before, either because he would be considered reckless, or politically motivated” Pierre Brechon said. “Therefore the Romanian authorities should involve medical actors but also the political opponents to share the responsibility of the decision”.

To go further on the medical issue of organizing elections, G4Media.ro gathered last week testimony from Yves Coppetiers, a Belgian epidemiologist in this article.

On July 31, President Klaus Iohannis stated that “if the pandemic does not worsen and if very strict and specific measures are implemented, elections can be organized”.

Bruno Cautrès is a researcher at the National Committee for Scientific Research (CNRS), member of the Sciences Po Research Center (CEVIPOF). He is an expert in the field of political behaviors, voting tendencies and polls.
Pierre Brechon is a teacher at Sciences Po Grenoble and a political scientist at the PACTE social sciences research center

London School of Economics and Political Sciences, Romania’s local elections: Why has the ‘old guard’ done so well?,

G4Media, Organizing local elections on September 27 is a risky gamble since Romania is preparing for a second wave of COVID-19. Will the measures PM Orban promised be sufficient to protect voters?, 08/07/2020