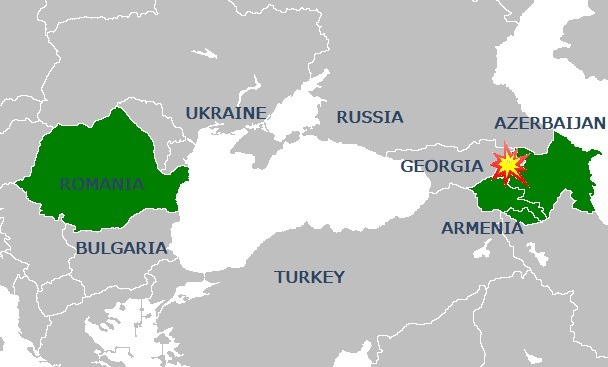 Nagorno-Karabakh conflict: Russia and Turkey compete to exert influence. Romania wants to secure its gas development projects. Overview of the peripheral actors and the interests they defend

On July 12, Armenian and Azerbaijani troops fought with heavy artillery, killing at least 16 people in the worst border clashes in years.

These fights stem from the long-disputed Nagorno-Karabakh region claimed by both Armenia and Azerbaijan since the late 1980’. After the fall of the USSR, the Azerbaijani region, with an Armenian ethnic majority, proclaimed itself as an independent state, leading to a conflict between the two countries from 1988 to 1994.

More than 30,000 people have died and at least 1 million people have been displaced since the beginning of the conflict, which still remains unresolved.

Beyond the humanitarian issues, the recent outbreak of hostilities poses a serious threat to the geopolitical, economic and energy interests of the regional key players. Therefore, most of them have urged immediate return to full respect of the ceasefire and Russia even offered to mediate the peace talks – the goal being to prevent further escalations, prejudicial to its own interests. But if Moscow has much to lose, Turkey could try to gain more bargaining power out of the situation.

Located at the crossroads of Europe, Asia and the Middle-East, the South Caucasus region represents a strategic interest for the major geopolitical players, including Russia, Turkey and Iran but also Romania, the US and the European Union. If all of them benefit from a ceasefire between Armenia and Azerbaijan, behind the scene, each of them pursues its own strategic objectives

The top priority for Romania is to ensure stability to secure its gas development projects with Azerbaijan.

While strolling in the Tei Park in Bucharest, one may come across the statue of former President of Azerbaijan Heydar Aliyev (1993-2003). Since 2007, the statue of the authoritarian president, whose son succeeded him, has embodied the discrete relation that exists between both countries, mainly economically motivated.

Azerbaijan is a resource-rich country with one of the largest world reserves of oil and gas, it therefore represents for Bucharest an opportunity to reduce its dependency on Russia. Since 2007, when a Romanian energy delegation visited Azerbaijan to discuss pipeline projects – especially the Interconnector Azerbaijan-Georgia-Romania-Hungary (AGRI)) – the two countries have negotiated energy cooperation actions.

If the project is deadlocked today, both countries keep exploring new cooperation possibilities by involving the State Oil Company of Azerbaijan Republic (SOCAR) and Romgaz in Romania’s Black Sea gas developments. Besides, Romania has constantly advocated for a deeper cooperation of the EU and NATO with this country.

Thus, the top priority for Romania is to foster stability between Armenia and Azerbaijan in order to avoid any threat to the energy bilateral projects with Baku.

The European Union also looks to the Azerbaijan’s oil to decrease its dependency on Russia.

The spokesperson of the European Union stated on July 13 that “The EU calls on the sides to strictly respect the ceasefire (…) meaningfully re-engage in substantive negotiations under the auspices of the OSCE Minsk Group Co-Chairs and prepare their populations for peace”.

Armenia and Azerbaijan are members of the Eastern partnership of the European Union receiving subsidies and participating in common projects. Nevertheless, Azerbaijan is much more strategic for the European Union than Armenia, as EU investments account for $33 billion and the number of operating European companies reaches 1,600.

Furthermore, diversification of energy sources has been one of the major concerns of the European Union over the last years. Azerbaijan, an oil/gas producer and exporter, is therefore a credible alternative to Russia. Yet, beyond the words, the EU position is mainly characterized by inaction and disinterest, all the more in a context of pandemic with its own issues.

This may be seen as regrettable since Europe has many examples of self-governance models (the South-Tyrol, the Åland Islands, Northern Ireland etc.) that could be applied to the Nagorno-Karabakh region.

Russia wants to keep the South Caucasus within its sphere of influence and to secure its trade with Armenia and Azerbaijan.

The Russian Federation has been a historical mediator between Armenia and Azerbaijan. Since the early 1990s, Russia – with the US and France – has co-chaired the Minsk Group of the Organization for Security and Cooperation in Europe (OSCE) spearheading efforts for finding a durable solution to the conflict.

Far from being a peace advocate, the mediation has long been seen by Russia as a mean of maintaining the South Caucasus in its sphere of influence.

Yet, witness the failure to bring a lasting solution, the recent outbreak of violence may also give the opportunity to its rivals to extend their influence to the region. In that respect, it is interesting that Iran also proposed to mediate the conflict.

It is also worth noting that the Russian influence in the South Caucasus region has been continuously decreasing over the last years, first in Georgia after the August war in 2008, then in Armenia after the 2018 revolution.

Beyond geopolitical considerations, Russia strongly benefits from a “no peace/no war” situation in the region and therefore urges both Armenia and Azerbaijan to cease hostilities. Armenia is indeed a long-time political and economic partner, member of the Collective Security Treaty Organization (CSTO), providing Russia with a military base in Gyumri.

According to the Stockholm International Peace Research Institute (SIPRI), Russia is the Armenia’s major supplier of weapons. Putin plays however a balancing act with strong economic ties with Azerbaijan representing also 31% of the Azerbaijani arms imports.

Besides the diplomatic relations, the risk of secessionist conflicts in its North Caucasian Republics, including Chechnya and Dagestan, is still high and a war on its borders would probably add fuel to the flame of regional terrorism.

But so far, Turkish officials – supportive of Azerbaijan – argued that Russia takes advantage of the situation as the recent fights occurred close to the Azerbaijan’s South Caucasia pipeline. The pipeline is indeed a key component of Ankara’s efforts to decrease its dependence on Russian energy.

Turkey tries to gain bargaining chips in order to obtain concessions from Russia on the Libyan and Syrian issues.
By contrast with the Russian position, Turkey cannot fulfil the role of mediator or conciliator due to the tense relations with Armenia. This diplomatic bias is all the more important given that Turkey has always stood with its “Turkish brother” – Azerbaijan – a position which was reiterated on July 13.

Nevertheless, Turkey remains a regional key player and may trade off its neutrality to Russia for some concessions on the Libyan and Syrian issues, areas where both countries lead a proxy confrontation.
Iran’s priority is to maintain the status quo as it backs Armenia but opposes any internationally recognition of the Nagorno-Karabakh region.

Although Iran remains officially neutral regarding the dispute, the country has backed Armenia since 2016, expressed by military equipment supplies. In return, Iran has circumvented US sanctions thanks to the authorization of banking transactions with Armenia.

Yet, the country has everything to lose from any popular referendum in the Nagorno-Karabakh. Such a recognition of the right of peoples to self-determination creates a risk of regionalists claims in the Iranian Azerbaijan where about 15 million Azeris live – while Azerbaijan has a population of only 10 million.

Source Ebrahimi-amir – CC by SA (Wikimedia common)
This is the reason why Iran wants to preserve the status quo and therefore proposed on July 16 to mediate the conflict between Armenia and Azerbaijan.

Georgia worries over a wider conflict, the Russian influence and the recent military manoeuvres.

Because Georgia is a neighboring state of Armenia and Azerbaijan, the country has cause for concern. Furthermore, the conflict could extend through the ethnic minorities as 6% of the Georgian population is declared as ethnic Azeris and 5% ethnic Armenians.

Furthermore, Georgia has also experienced frozen conflicts since its independence, in Abkhazia and so-called South-Ossetia – Tskhinvali region in Georgian – both backed by Russia. Consequently, any potential new Russian interference in the region rises concern among Georgians.

This situation has worsened since Friday when Russia organized snap military drills in the Black and Caspian Seas which involved 150,000 troops, 27,000 vehicles, 414 jets and 106 ships.

The main objective of the United States is to avoid Iran increasing its influence over the region.

Because the US is chair of the Minsk Group which has mediated peace talks between Armenia and Azerbaijan since the early 1990’, the country has reiterated its commitment to help both countries reach a peaceful resolution. The country has trade relations with Armenia and Azerbaijan and it seems that the main priority is to avoid any further Iranian interference in the region.

Since the collapse of the Soviet Union, the South Caucasus region has been riven by conflicts and tensions due to the “divide and rule” border-making of the soviet republics. Among them: the frozen conflicts in Transnistria, Abkhazia, South-Ossetia and Nagorno-Karabakh should be mentioned.

European Movement International, The Nagorno-Karabakh conflict between Armenia and Azerbaijan: An overview of the current situation, 24/09/2013

Jam News, Who provoked the escalation on the Armenia-Azerbaijan border and why? Is Russia involved?, 16/07/2020

MARKEDONOV, The Nagorno-Karabakh: At the Crossroads of Foreign Policies, RIAC, 2017 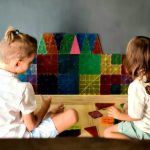 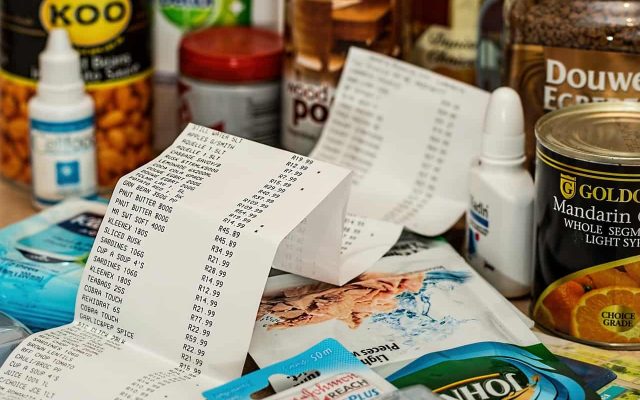 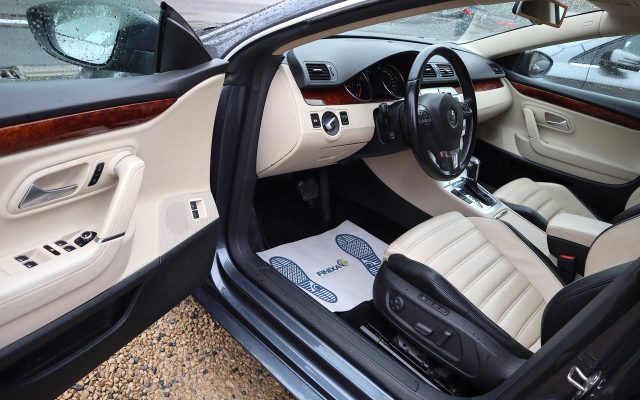 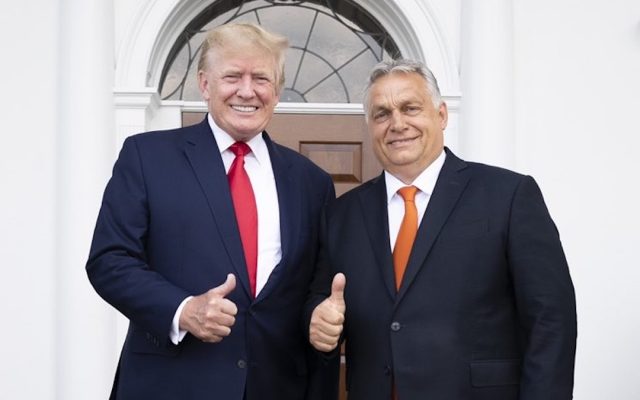