The European Commission approved on Monday, under EU state aid rules, a €149 million aid scheme for Romania made available through the Recovery and Resilience Mechanism („RRM”) to support hydrogen production from renewable sources, a press release said.

„This €149 million scheme allows Romania to strengthen its renewable hydrogen production capacity while limiting possible distortions of competition. The measure adopted today will contribute to the achievement of the EU Hydrogen Strategy and the ambitions of the European Green Pact. Moreover, the measure will help Romania to displace natural gas, coal and oil in hard-to-decarbonize industries and transport and reduce its dependence on imported fossil fuels, in line with the REPowerEU plan,” said European Commission Vice-President Margrethe Vestager.

The scheme is open to enterprises of all sizes operating in the field of hydrogen or electricity production, administrative-territorial units or national energy research and development institutes, including associations or partnerships formed by these actors. Under the scheme, support will be provided in the form of direct grants. The maximum amount of aid that can be granted to each project will not exceed EUR 50 million.

Projects will be selected through a transparent and non-discriminatory tendering procedure where beneficiaries will compete for the lowest amount of aid per MW of installed electrolysis capacity. The first call for projects was launched in June 2022.

The EU executive assessed the measure under EU state aid rules, in particular Article 107(3)(c) of the Treaty on the Functioning of the European Union („TFEU”), which allows EU countries to support the development of certain economic activities under certain conditions, as well as under the 2022 Guidelines on state aid for climate, environmental protection, and energy.

The scheme is also proportionate as the level of aid corresponds to the actual financing needs. In addition, the necessary safeguards will be put in place to keep the aid to a minimum, including a competitive bidding procedure for the granting of the aid.

At the same time, the scheme generates positive effects that offset any possible distortion of competition and trade within the EU.

On this basis, the Commission approved the measure under EU state aid rules. 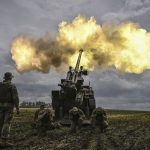 The EU Commission’s preventive strike: Article 7 veiled threat if the government releases the emergency decree meant to save Dragnea