Romania, on a forced march towards a controlled economy; the death of…

Romania, on a forced march towards a controlled economy; the death of liberalism / Major institutions of balance and control annihilated in the militarized democracy / What a failed state looks like (II)

The abrupt intervention of the state in the economy began with the control of the energy prices after the market had just been liberalized in a very inappropriate context. Warranted or not, the measure actually foreshadowed a modus operandi of the new militarized government.

The major energy companies were vilified and blamed for the rising bills, a scandal that culminated in the opening of criminal investigations (in-rem).

At the same time, the PSD-PNL-UDMR coalition, created by President Klaus Iohannis, quickly eliminated almost all independent professionals from the management of state companies. Party clients, mistresses, and docile executants have taken over the management of these companies.

The state has thus sought to regain total control over the resources of these companies, draining them of liquidity. In the end, it all leads to the distortion of the markets, the vulnerability of these companies, and, ultimately, to a decline in the degree of liberalism.

As an aside, the compensation that the Romanian state has to pay to the energy companies for the price cap is taking an inordinate amount of time: barely 30% of the amounts have been paid. In other words, the energy companies credited the government with their money for social protection measures, money that they have not fully recovered even today.

And the government is pointing an accusing finger at anyone who appears on its radar: others are always to blame for high prices and inflation, never the government.

We have been witnessing a large-scale propaganda campaign for several months. The state is planting in people’s heads, with the help of the TV channels turned into government service providers, the idea that government intervention is needed to control prices, artificially increased by ‘speculators’.

There is currently no legal basis for combating ‘speculation’, a concept from the days of the centralized economy and the ‘mercurial’, i.e. prices set by the communist state, but the government is preparing a package of laws to this end, quite unique in Europe.

At last week’s meeting, the executive debated a draft government decree that would impose huge penalties of 1% of turnover on alleged speculators. How is speculation defined? „Unjustifiably high prices”. It goes without saying that the State will set the right price, not the markets. That’s exactly how it was under communism.

Analysts consulted by Economedia.ro explained that these are populist measures that deny the essence of the market economy, i.e. the game of supply and demand. Higher or lower prices are dictated by the market. Any state intervention in prices generates major distortions.

The state initially lashed out at fuel sellers, accusing them of artificially raising the price of gasoline and diesel fuel, even though fuel prices have soared all over the world.

The same state then, led by Prime Minister Ciucă and the tax authorities, waged war on the „speculators” in the farmers’ markets, accusing them of selling everything from lamb to tomatoes at a premium. Yet another turf war with the absolutely natural phenomenon of capitalism: every product is expensive or very expensive at the beginning of the season when demand far exceeds supply.

With the generous support of the TV news channels, the militarized government thus finds a scapegoat for inflation (the speculators), shirks responsibility, and, above all, paves the way for the extension of state control of the economy, from prices in the farmer’s markets to the fuel trading industry.

This dangerous precedent, once opened, can then be extended to other areas of the economy, such as food commodity prices or services.

Just as we now have a controlled press and judiciary, it couldn’t be that the economy itself remains free. In a militarized democracy, control is therefore the keyword in the economy.

Relevant in this respect is the government’s intention to capitalize the Unirea Trading House with EUR 100 million this year. The House of Commerce, an invention from the era of economic nationalism promoted by the Dragnea regime, will have the role of taking goods from thousands of small fruit and vegetable producers and delivering them to the shops.

It is yet another telling example of the state wanting to play an increasing role in the economy. And at the Unirea Chamber of Commerce, a questionable figure has been appointed, to say the least: a mason and a former manager in agricultural logistics firms.

In times of major crisis, such as the pandemic or the effects of the war in Ukraine, the state’s timely intervention in the economy to help various economic sectors is inevitable and welcome.

Only now we are not talking about justified and sectoral support measures, as is the case everywhere in the EU, but about going beyond the role the state plays in a functioning market economy. The emphasis is not on stimulating and supporting markets, but on sanctioning and controlling them.

Yet the government cannot run away from economic reality and blame „speculators” or „greedy companies” forever. Inflation, and rising prices for energy, food, and other goods are happening all over the world.

According to Eurostat data, the prices of goods going out of factory gates in March 2022 compared to March 2021 increased by 36.5% in the European Union. The highest increases were recorded in Ireland (106.1%) and Romania (67.6%).

The expulsion of the American company ExxonMobil from the Black Sea and its replacement by Romgaz is the most powerful symbol of this new anti-liberal government policy. ExxonMobil’s presence in the Black Sea had two major advantages for Romania: experience in deep-sea exploitation (which neither Romgaz nor Petrom have) and geostrategic advantages in the context of the Black Sea becoming a battlefield.

Yet the government has not lifted a finger to convince Exxon to continue in Romania. What’s more, it replaced Exxon with Romgaz, a monument to inefficiency, a state-owned company incapable of completing a 20th-century power plant.

The stakes of this elimination of the American corporation ExxonMobil from Romania are the state’s muzzling of the huge business in the Black Sea: contracts with suppliers, dedicated tenders, and cronies placed in all possible functions. All of these small stakes ultimately proved more powerful than the strategic stake of having a large American corporation in the most sensitive place in Romania.

All these deviations from the principles of economic liberalism are committed by a government led by, it seems, a liberal prime minister, but with no economic training and a poor understanding of the market mechanisms.

The abdication of sound liberal principles is already seen in the rapidly growing budget deficit. Populism has costs, and economic management by amateurs has costs. And the government covers these costs by borrowing, without really giving a damn about what it leaves behind. As a small aside, this is exactly why Romania is delaying joining the eurozone, a club with rules where economic debauchery is a little harder to put into practice.

A truly liberal government would stop this cascade of borrowing at exorbitant interest rates and cut spending, as any normal family does. But the PSD-PNL-UDMR government has another concern: how to increase state spending, how to accommodate more party hangers-on, and how to feign concern for Romanians’ living standards.

What we see today is, if you like, the projection of the paternalistic state of pre-’89, which pretends to take care of everything, but in the shadow of government propaganda, corruption flourishes and is legalized, with no possibility of correcting the excesses of power. We will see why below.

In this South American-style democracy, with the military and populists ruling over poorly educated people fooled by a lot of propaganda, politicians want easy access to resources and no accountability for how they spend public funds.

Significant is a legislative initiative tabled by several PNL and PSD MPs that relaxes the rules on tenders so that public purchases of goods or services can be awarded without a tender if the value of the purchase is less than 500,000 lei (currently the threshold is 135,000 lei).

In the meantime, the PSD has backed down, but the PNL has announced that it is going ahead with the bill, which it considers „absolutely necessary”.

Relaxation of tender rules goes hand in hand with the annihilation of verification and control institutions. As I was saying, the PSD and PNL have a lot of money to spend in the next few years: 29 billion euros from the NRRP, 50 billion from the EU multiannual budget to which you add the national budget, and 65 billion RON from Anghel Saligny.

Faced with this appetizing cake, it is worth doing anything as a government to obtain social peace, weaken the vigilance of the justice institutions and the press, and cut out the biggest slices possible for party clientele.

In the first episode of „What a failed state looks like” we presented in detail who wields power in Romania, and how the Romanian state has been populated at the top with mediocre characters, impostors, or unsuitable, vulnerable, and maneuverable people.

The result of this intensive process of counter-selection is the annihilation of the checks and balances that are essential in a democracy. Without them, it risks becoming seriously unbalanced and resources being channeled to party clientele through corrupt mechanisms.

When large institutions such as the Parliament, the judiciary, and the press are placed under total control, the power is free to commit any abuse without fear of accountability.

If the other institutions of verification and control no longer regulate the market (the Court of Accounts, ANRE in energy, CNA in the media, ANCOM in telecommunications), if even the Constitutional Court, i.e. the God of all laws, comes under absolute control with the help of the pawns of power placed within it, then the imbalances are major and serious in the long term.

Nothing good can come of this process of democratic weakening.

It must also be borne in mind that the government may be stretching the limits because of the context created by the war in Ukraine.

On the one hand, the public is distracted from domestic issues, TV channels have removed almost every domestic topic from their talk shows, giving ample space to the Russian invasion. On the other hand, the government itself is gaining more sympathy from a public frightened by the war on Romania’s border and more accepting of anti-democratic excesses.

Against this backdrop, and with the new Constitutional Court in full swing, the package of national security laws is expected to be debated in Parliament. And then, with the new people approved by the system sitting on the Constitutional Court, and with the departure of those judges like Daniel Morar who constantly cut back on the powers of the secret services, the new security legislation is expected to restore some of their lost power.

A power that often extends even to the economy, with the same result in the end: distortion of markets, destruction of competition, discouragement of investors. In short, the death of liberalism.

What a failed state looks like: Who is in power in a Romania of the work poorly done (I) 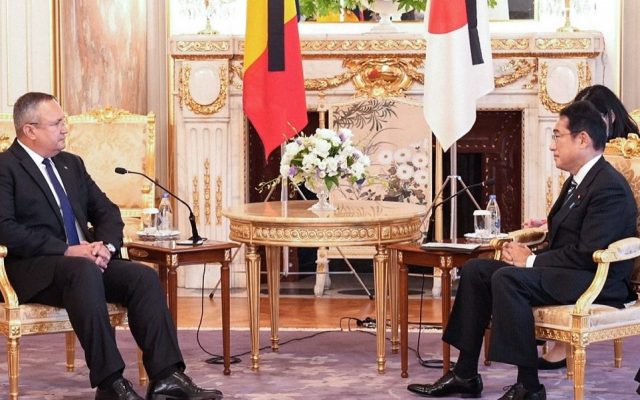 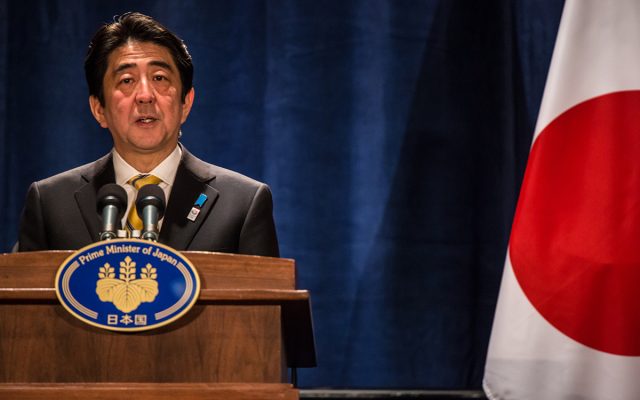 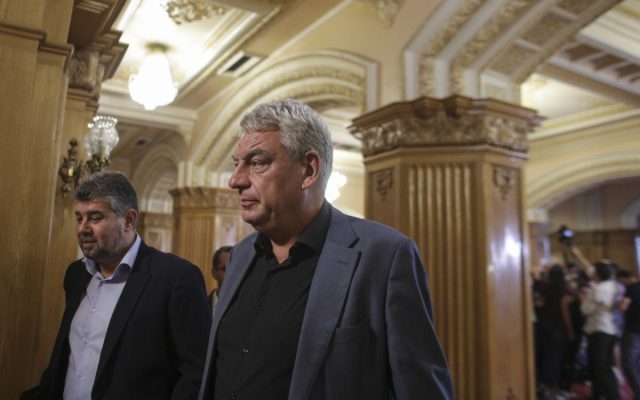