Janusz Bugajski, senior fellow at the Center for European Policy Analysis: With… 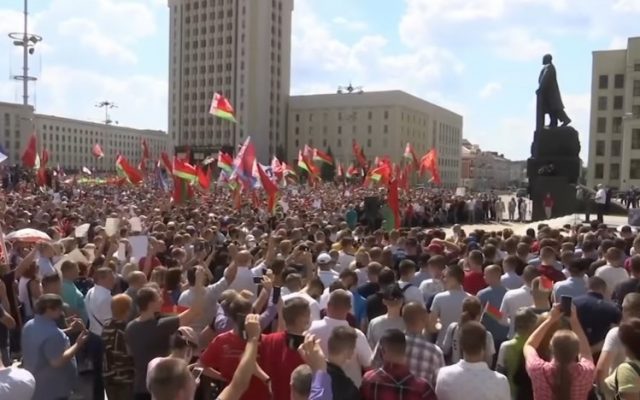 Janusz Bugajski, senior fellow at the Center for European Policy Analysis: With the ongoing revolution in Belarus, Putin fears loss of influence, or even worse, that the Russian people follows suit

Belarus’s future depends on what Russia will do in the coming days, but the reverse is also true according to Janusz Bugajski, a senior fellow at the Center for European Policy Analysis (CEPA), in a statement for G4media.ro.

Belarus has seen unprecedented protests calling for President Lukashenko to quit in the wake of a contested presidential election on August 9. Quickly, the police cracked down on protesters but without success, the demonstrations have intensified. On Sunday, Russian President Putin has offered Lukashenko assistance, including military support if necessary.

“Belarus is definitely facing a revolution” said Janusz Bugajski. “These protests are the cry from a people frustrated by fading economy, repressions and poor pandemic handling” he added. “This is totally unexpected and peaceful. All sorts of people, from everywhere in the country, outraged by stolen elections, are now protesting against the government”.

“Of course, President of Belarus tries to discredit the popular movement by calling it a “colored revolution” – alleging foreign interferences – followed by Russian officials, but this is typical disinformation” he said.

Nevertheless, this narrative is extremely dangerous. Some media outlets already speak about Poland and its “plans to dominate Belarus”. The reason of such disinformation is that Putin feels in danger, and I think the Russian disinformation campaign will increase soon regarding the events in Belarus.”

Indeed, “Belarus has been for years a buffer state between the EU’s eastern flank and Russia, and since the fall of the Soviet Union, the country has had close military-political ties with Russia. Therefore, Putin does not want to lose influence in the region as it happened in many other former soviet republics over the last years.”

However, “the risk is even higher for Putin as the cultural proximity works in both ways. Russia keeps an influence on Belarus, but Belarus may inspire the Russian opposition”.

According to Janusz Bugajski, there is a lot at stake for Russia in this crisis and Russia is in the same time the key foreign player to influence the future of Belarus. “Several scenarios exist. In one hand, Putin can decide to save Lukashenko in return of Belarus being a part of Russia, which is an old discussion between both countries (following the treaties signed in 1997 and 1999). In the other hand, he may accept new elections in Belarus, supporting a proxy.”

“Anyway the best solution for Belarus is to hold new elections under OSCE, or to communicate the real results of the presidential elections” he concluded.

The expert stressed the importance of the situation for Bucharest, stating that “Romania has to be on high alert because a messy conflict in Belarus will impact the whole region, and Russia could increase the military maneuvers along NATO borders, including Transnitria”.