How Romanians are preparing to flee the country in case the war in Ukraine spreads. Queues at the passport offices, savings exchanged in euros, powers of attorney for travelling with minors and leased cars

A pattern of behavior in recent days seems to indicate that Romanians are concerned about the war in Ukraine and want to be prepared in case the conflict spreads. Queues at the passport offices, at the gas stations, exchanging savings into euros, and getting powers of attorney to take minors out of the country are just some of the clues observed by G4Media.ro.

In several counties throughout the country, the passport offices have extended their schedule on weekdays and are open even on weekends.

The prefect of Alba county, Nicolae Albu, told G4Media that the number of applications for passports has increased a lot compared to the same period last year, but did not comment on the reasons that prompted people to do so.

Therefore, between December 15, 2020, and March 7, 2021, 344 passport applications have been processed, he said. A year later, during the same period, the number of passports issued was 1,356, and the number of appointments is on the rise.

Although the number of applications is very high, there are no queues because appointments are generally made online. The prefect of Alba said he could not comment on why so many people suddenly decided to get passports.

But people on the ground say the main reason is the war in Ukraine.

„It’s good to have it because you never know how the situation on Romania’s border will develop. We all decided as a family to get passports, to have them. We have not necessarily decided to go anywhere in particular. You can go to Europe with your identity card, but we have relatives in Canada,” says Cristina R., who submitted her documents for a new passport on Thursday.

„I personally have two reasons. The pandemic is over, at least I hope so, and this year I would like to go on a holiday, I haven’t decided where yet, but further, so to speak. The second reason is that I feel more comfortable that way, including with this war. All my life I’ve had a valid passport,” said John T., who was also at the passport office on Thursday.

At the same time, demand for foreign currency cash has also increased. Many people withdrew their cash from the banks and exchanged it for euros. Earlier this week, several exchange offices in Alba Iulia temporarily ran out of the European currency, which was selling for 5.13 lei.

The representative of a currency exchange office said that the situation was not caused by the transit of Ukrainian refugees, but by the locals.

The situation was also confirmed a few days ago at the national level by Bogdan Neacșu, president of the Romanian Association of Banks and general manager of CEC Bank, who said that, in the context of the conflict in Ukraine, the demand for cash in foreign currency has increased, without raising too many concerns.

He spoke of volumes doubling compared to the daily average, especially in the northern and eastern parts of the country, near the borders.

Since the beginning of the war in Ukraine, other indicators also seem to show that Romanians would intend to leave the country if the conflict in Ukraine were to spread to the neighboring countries.

The number of declarations for minors leaving the country without a parent increased slightly compared to the previous period last year. One of the notaries consulted by G4Media said that the number is higher than in the past, but that this may also be linked to the easing of pandemic-related restrictions.

He added that people need these declarations just before departure, so there is little reason to request them well in advance. On the other hand, he said that the number of people enquiring about them by phone (costs, appointments, validity) has gone up in recent days.

Many Romanians have also tried to solve the problem of traveling with leased cars. To leave the country with a leased car, you need the consent of the leasing company.

„I made a power of attorney for traveling abroad with the car, in my wife’s name, so that she can go to her sister in Italy, in case something happens. I wanted to do it under my name, but then I thought maybe they wouldn’t let me go,” said Claudiu M. from Alba Iulia.

He used an online application provided by the bank to generate his power of attorney. As a novelty, he discovered that the document can be issued with a maximum validity of 3 months. Also, according to the app, he is not allowed to transit any of the following countries by car: Belarus, Kosovo, Moldova, Russia, or Ukraine. 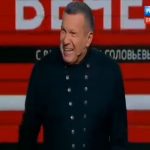