Radical shift in strategy: the US wants to get Russia on its… 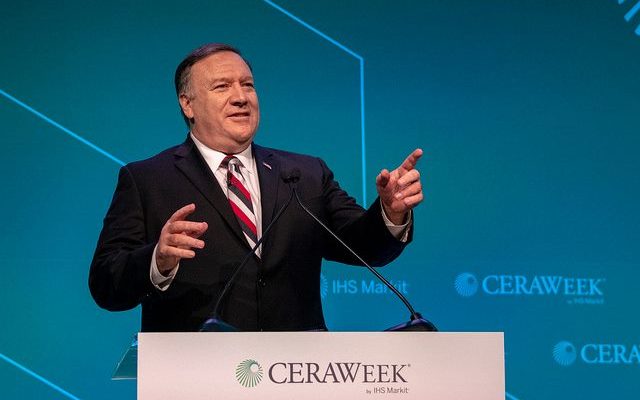 Radical shift in strategy: the US wants to get Russia on its side in the open confrontation with China. Such change could have major consequences even for Romania

Moscow responded to Secretary of State Pompeo’s statement in which he suggested that Russia and the US could work together on the world stage to oppose China’s policy. To no one’s surprise, the response was negative says pravda.ru, reported by Rador.

On July 23, Mike Pompeo delivered a speech at the Richard Nixon Presidential Library, labeled by many commentators as a declaration of a new cold war against China. The US Secretary of State stated in this programmatic discourse that the people of China, and the „free nations of the world”, must unite against the policy of the Chinese Communist Party, which threatens the world’s freedoms.

“The free world must triumph over this new tyranny. If the free world doesn’t change, communist China will surely change us” Pompeo said.

In reply to a question, Pompeo discussed a further collaboration with Russia against China. The US Secretary said that Russia could stand with the USA to oppose China’s policy on the world stage. “I do think there’s that opportunity. That opportunity is born of the relationship, the natural relationship between Russia and China”, he replied.

“If we work alongside Russia, I’m convinced we can make the world safer. And so there – I think there is a place for us to work with the Russians to achieve a more likely outcome of peace not only for the United States but for the world” Pompeo said.

During the Senate Foreign Relations hearing, Pompeo MP Stephen Biegun, had said that “Russia faces a serious problem related to China’s presence on its southern borders” explaining that the history of the relations between Russia and China has been marked by strong antagonisms.

“The fact that this is now hidden is because the rivalry between the two countries with the United States is not a solid foundation for Sino-Russian relations” Biegun stated. However, he stressed that currently there are almost no possibilities of establishing relationships with Moscow, blaming Russia for it.
Moscow’s reaction

“This is not just an aggressive rhetoric supported by no less aggressive measures, but an attempt to provoke a clash between the public Russia and China, as I can assure you, that won’t work” highlighted Maria Zakharova, the spokesperson of the Russian Ministry of Foreign during an open Russian-Chinese diplomatic consultation on July 24.
The Russian press argues that the US administration’s anti-Chinese rhetoric is linked to the election campaign of President Trump, who has repeatedly spoken out harshly against China. According to the Russian media, his idea of inviting the Russian president, Vladimir Putin, to the G-7 summit is related of the will to establish an “anti-Chinese alliance”.

Context: The US Deputy Secretary of State, Stephen Biegun, told the Financial Times last month that he was confident the US would be able to find the cracks in the seemingly steady Russia-China relationship. He added that the China-Russia relationship is only fueled by “mutual determination to challenge the United States”.

Elbridge Colby, a former senior Pentagon official who contributed to the US National Defense Strategy, told the Financial Times that “our goal should be to ensure a lot of space between China and Russia” adding that the US must discuss the current bones of contentions with Moscow.