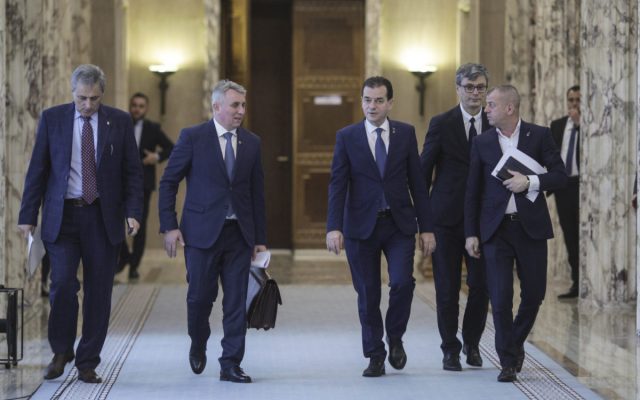 An influential Romanian senator and several people in his proximity have been confirmed positive for the new coronavirus on Friday. Senator Vergil Chitac, 57, on Thursday had dismissed suspicions of him having contacted the virus, considering he visited the Parliament early this week as political bickering over the formation of a new Government in Romania was escalating. The governing Liberals, including their leader Ludovic Orban, the current interim PM, announced shortly that they were self-isolating for 14 days as a result and were not going to consultations with the president over the formation of a new government.

Another politician had pointed that the Senator was in contact with a foreign MP at a NATO meeting in Brussels and placed himself in self-isolation after learning that that official might have contacted the virus.

The leader of the Liberal party (PNL) branch in the Black Sea city of Constanta Bogdan Hutuca on Friday announced that Constanta Senator Chitac tested positive for the new coronavirus. Hutuca said he himself decided to stay in self-isolation as a result.

On Thursday, Vergil Chitac dismissed information circulated by TV news channel Antena 3, that he was suspected of having contacted the COVID-19 disease. He claimed it was a simple cold and that he took the test preventively anyway, given the „hysteria” created around his case.

Chitac linked the speculations to the situation in the Parliament on Thursday, when a new Liberal government was due to be voted (but was not eventually).

Another Liberal deputy has first hinted that the Senator was in self-isolation after learning that an MP from another country, whom he had come in contact with at a NATO meeting in Brussels, might have contacted the new coronavirus.

Vergil Chitac had recently been nominated the PNL candidate for Constanta mayor in local elections later this year.

He visited the Parliament earlier this week, as Liberals were struggling to find out how to proceed with support for a new government.