Elvire, 22-year-old: I thought the Covid-19 only happened to other people, until… 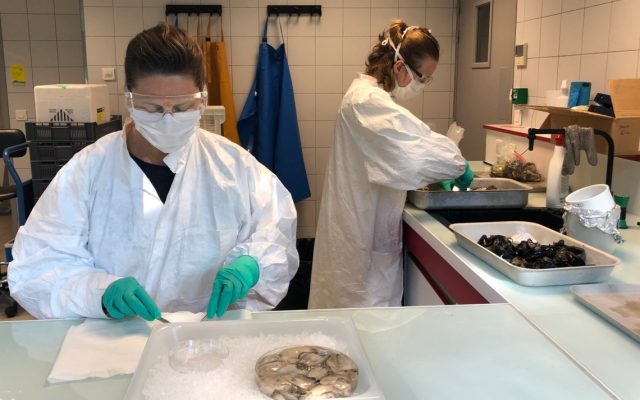 Elvire, 22-year-old: I thought the Covid-19 only happened to other people, until it happened to us. Doctors said that my father would probably not survive

Elvire is a political sciences student living in Paris. After her father attended a work session without physical distancing, she and her whole family were infected with Covid-19. One week later, her father, 50-year-old, was placed for two weeks in an intensive care unit. From there, he was finally one of the two out of fourteen patients who have returned to their homes in that period.

Today, she agreed to talk to G4Media about her experience, with hindsight. Yet, her complete identity will be withheld since she wants to protect her family. Now, we better let her the floor:

Rep: Could you share your story of how you experienced the covid-19 crisis?
Elvire: Yes, it was in last March. Right before the lockdown. My father was scared of contracting coronavirus. I was not at all.

I was an intern at a public institution where we had already been teleworking for 2 weeks since some Covid-19 cases were reported. On the contrary, my father really wanted to work remotely, but his boss refused. He will stay at the office he said. On Saturday 14, four days before the national lockdown, he had to attend a work session where there were neither social distancing, nor masks. That is when and where he contracted the virus and then infected his whole family. For a week, he had a temperature of more than 40°c suffering a lot and my mother had pains always, and everywhere as I had never seen before. That is why, we quickly decided to see a doctor who told us it was just a flu.

Yet, does a flu send you to an intensive care unit because you hardly breath and because you can’t speak anymore? Eight days later, his situation was much worse than before. We called the emergency; They said to call one hour later; They were overwhelmed. But at home, we were witnessing my father slowly leaving us so my mother decided to drive him to the hospital, despite her severe pain and tiredness. Fast, he was moved to another hospital with an intensive care unit dedicated to Covid-19 patients. He was one of them.

Later, the doctors called us and said that my father would probably not survive. I could not go to see him as we were in lockdown, and I did not know if he will be back home alive. And I could not even change my mind as my job was to monitor the coronavirus news and fake news on Internet. It was a really hard period for us, all the more than the media reported 500 deaths a day. But finally, he did. He came back alive. He was one of the two out of fourteen patients who left the unit during these two weeks. I don’t know if the others survived or not, but my dad did. After two weeks of hospital and 3 weeks of recovery, he was cured.

I, and my brother have also been tested positive. But while I had a big headache, my brother was asymptomatic. My mother needed 3 weeks in total to get over the virus but still occasionally have a bit of pain today. My father was overweight and we discovered only a few time later that it was a risk factor, but my mother, she was a completely healthy person.”

After this episode, my father told us his story in the hospital, at least the time he was conscious. For him, the medical staff was really dedicated, but he could feel the lack of material and beds, in France, “a developed country”.

Rep: Would you say that your opinion on the pandemic has changed since you have been affected?
Elvire: Today, I still believe that us, the youth, we can’t die from this pandemic but I have understood that we can kill our relatives if we do not implement the basic behavior to reduce risk. The risk for us is not to die but to infect the ones we love. I know I have a high-risk behavior since I live in Paris and take the metro. I can’t change that, but I decided not to have any physical contact anymore with my grandparents who are among people at risk. I can’t stand people who party, go to concert and take so much risk while a second wave is coming. If you do so, at least, isolate yourself from your relatives, even if it is hard! The virus is a reality that you can’t ignore.”

Rep: Do you think is was reasonable to organize the local elections in France during the pandemic?
Elvire: It was not impossible to maintain local elections here as long as we respected the physical distancing and had a mask. However, if these measures are infallible, humans are not. Not to mention the democratic problem these elections led to. I mean, we do not have any problem in my city as the results were obvious, but in bigger cities, people ask their selves: what would have been the results in normal times, without 57% of abstainers? With hindsight, I think we should have reported the elections.”