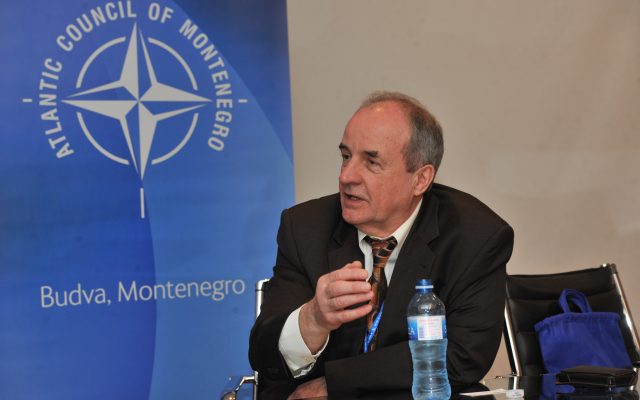 Janusz Bugajski, senior fellow at the Center for European Policy Analysis: Romania is one of the potential hosting countries along with Poland and the Baltic States for the US troops removed from Germany

Romania could be on the top of the candidates regarding the relocation of US troops, according to Janusz Bugajski, a senior fellow at the Center for European Policy Analysis (CEPA), in a statement for G4media.ro

Following the Trump’s announcement to withdraw troops from Germany, the United States will relocate 5,400 forces to other European countries, some of them, relocated to the Black Sea, US official said.

Although, the potential hosting countries in the Black Sea area – Bulgaria, Romania and Turkey – have not been mentioned yet, Romania seems to be the best candidate in the region according to J. Bugajski, in an interview for G4Media.ro

Indeed, ”the relocation of thousands of troops to another country requires strong logistics, a dedicated budget and facilities, including shops and schools for the soldiers’ families. Therefore, Bulgaria does not seem to be a serious alternative”, he said.

Then, Turkey and Romania remain two potential hosting countries. However, Romania shows several major advantages for the US.

”First, Romania is located on a strategic crossroad between the Balkans and the EU neighboring countries. Thus, Bucharest represents for the Trump’s administration a door to three important areas: Russia & Moldova and Western Balkans.

Increasing the number of US troops in Romania would be a nice move to oppose Russian expansionism, strengthen the transit base to go to the Middle-East and to control Western Balkans.

Also, Romania is already used to have a strong US presence through the air base of Kogălniceanu for instance and has been a staunch and reliable ally of the United States, “always asking the US what Romania can do to help, even before they ask for it”, J. Bugajski reported.

In the same time, Romania has permanently promoted within NATO the idea of transforming the Black Sea into an area of interest for the alliance, given Russia’s proximity.

That is why it is very likely that the Romanian Government will start negotiating with the Trump administration to host more US troops, which would benefit to each one’s strategy.

Furthermore, ”the United States will relocate about one thousand troops to Poland as the country is a key ally in the region and has already proposed to pay the US to get more troops within its borders”, Bugajsky added.

According to J. Bugajski, some of the troops from Germany may also be relocated to the far-east as tensions escalate with China.

Of course, the relocation of troops will highly depend on the next US elections in November, said J. Bugjski. If Trump is not reelected, the new president will probably try to slow down the relocation or even to oppose it.