Experts: What are the harmful changes to the Code of Criminal Procedure…

Experts: What are the harmful changes to the Code of Criminal Procedure that have passed the Constitutional Court filter, or have not been challenged before the Court

Expert practitioners consulted by G4Media.ro have drawn attention to the fact that the Constitutional Court decision on the amendments to the Criminal Procedure Code is far from being a victory, as PNL leader Ludovic Orban hails it to be. Some changes that would hinder criminal investigations have passed through the Court’s filter, or have not been challenged before the Court.

For example, the amendment referring to the one year limitation period for a denunciation was declared constitutional, while it is considered a hindrance to investigators.

„As a rule, people denounce when they are themselves defendants or under investigation, they do not do it on moral grounds, within a year. They denounce in order to benefit from Article 19 (which stipulates a reduction by half of the punishment when collaborating with organs when investigators already know about the offense , or an exoneration of punishment, when denouncing a crime before the investigators find out about it, as was the case with Florica and Pescariu ). People denounce in order to get rid of all or of half of the punishment. I have to give the denunciators a strong incentive to do so . These deals are legal, we have not invented them. In the US, the „deal” between the defendants and investigators passes through a judge’s filter, it is validated by a magistrate „, a former DNA chief explained to G4Media.ro.

Read below an extensive analysis by experts consulted by G4Media.ro on the impact of changes to the Criminal Procedure Code (CPC), considered harmful, and which passed the constitutional filter, or were not appealed to the Court.

„Nearly total victory at the Constitutional Court for the President and PNL. 64 amendments to the Code of Criminal Procedure speedily passed by the parliamentary majority were declared unconstitutional, many of them being devoted to Dragnea and other defendants in the majority coalition „, PNL leader Ludovic Orban wrote on Facebook after Friday’s decision of the Constitutional Court regarding the changes made by the coalition in power to the Criminal Procedure Code.

„Things are not quite like that,” practitioners who wished to remain anonymous, explained to G4Media.ro

Many of the issues that raised problems were not analyzed by the Court.

The witness, like the defendant, can consult with the lawyer throughout the hearing and may thus interrupt the interrogation, although the law says he swears on the Bible to tell the truth and nothing but the truth.

Problem Article: In Article 116 of the CPC, the amending law introduced the following paragraph: „A witness may be accompanied by a lawyer before the judicial authorities and may consult with him, including confidentially, throughout the hearing.”

Explanation by experts consulted by G4Media.ro: „It makes the hearing useless, as it can be interrupted at anytime, although the essence of the hearing is to be spontaneous. A hostile or false witness can now pause whenever questions are awkward. ”

Investigators can not interrogate people who have cohabited with the defendant

Article problem: In Article 117 CPP, paragraph 1, after letter b), the amending law introduces a new letter, c), with the following content: „persons who, having cohabited with the suspect or the defendant, have established similar relations with him/her as those between spouses or of parents and children, as well as those who have been in the past in this situation. ”

Explanation by experts consulted by G4Media.ro: „This makes it possible for any person who has had a family-like relationship with the suspect to refuse to testify, whatever the subject of the hearing, and allows any witness to escape from a hearing invoking an earlier relationship (the law does not foresee the length of time that people may be deemed to have established family-friendly relationships) with the suspect, whether or not it is true, „.

Examples of articles that have been declared unconstitutional, but in some cases, unconstitutionality refers to a single phrase in the article, with negative effects largely persisting despite eliminating that phrase.

For example, if, while monitoring a person for terrorist offenses, the Intelligence Service learns that that person or others is committing a crime of corruption, tax evasion, or rape, the service can no longer send evidence to the Prosecutor’s Office for the deeds to be dealt with in criminal files of corruption, tax evasion or rape. Only the evidence for terrorism remains valid in the terrorist file.

The problematic article: After article 145 , the amending law introduced a new article, art. 145 index 1, with the following content: „The data, information and results of the technical surveillance mandates obtained under Law no. 51/1991 on the national security of Romania, republished, with subsequent completions, can not be used in other cases and for the investigation of other crimes other than those affecting the national security, according to this law and for which there were suspicions that substantiated the request, under the sanction absolute nullity „.

Explanation by experts consulted by G4Media.ro: „Under the National Security Mandates (MSN), the Court has declared unconstitutional the sanction of absolute nullity. But the ban on using them from now on has remained so that the Court has repaired only part of the problem produced by the modification „. This problematic provision that has passed the Court’s filter has already been signaled by G4Media.ro, and it benefits first of all SDP leader Liviu Dragnea.

Computer search procedure. Investigators have trouble using the evidence from computer searches in other cases

Problem Article: In Article 168, after paragraph 15, the amending law introduces a new paragraph, paragraph (15 index 1), which reads as follows: „The data obtained from a computer system or from a computer data storage system, unrelated to the offense for which the prosecution is carried out, and for which the search was authorized in that case, shall be permanently deleted from the copies made under paragraph (9) and can not be used in other criminal cases and to prove other facts for which there is no search warrant. If, during the search of the data storage system, evidence is found indicating suspicions of other criminal offenses, a search warrant may also be required in relation to those facts or persons.”

Explanation by experts consulted by G4Media.ro: „In computer searches, the CCR has declared unconstitutional the phrase on definitive deletion of copies, but has left the rest of the amended procedure in force. Investigators can not use the data from computer searches in other cases. They have to realize during the search if information is given about other criminal acts and ask for another warrant, which gives rise to a lot of problems. I can not pause, and extend the prosecution for those deeds. It is unclear how the legislator thought that this provision would work in practice”.

The right to be notified. The investigators expect the defendants to come in to make a hearing or research on the spot.

Problem Article: In Article 83, after the letter b), the amending law introduces a new letter, (b index 1), with the following content: „the right to be informed of the date and time of the performance of the criminal prosecution act or of the hearing performed by the judge of rights and liberties. The notification shall be made by telephone, fax, e-mail or other 10 such means, and shall be terminated in this way. Its absence does not prevent the act from being carried out.”

Explanation by experts consulted by G4Media.ro: „The Court declared only the final formulation unconstitutional, which means the part with the announcement of the conduct of the criminal investigation remained. If the final thesis there is the phrase „absence does not prevent the act”, per a contrario we understand that the absence prevents the act from being performed. So the investigator expects the defendant to come and come in for a hearing or research on the spot? Until now, prosecutors have announced the lawyer, not the defendant. Tell him to participate? Or, how can the rapist participate in the hearing of the victim ?! ”

Some of the constitutionally validated articles might be negative in practice

Problem Article: In Article 139, paragraph 3, the amending law shall be amended to read as follows: „The records provided for in this chapter by the parties and the main proceedings are evidence of their own conversations or communications between them and third parties.

And it introduces a new paragraph, par. (3 index 1), with the following wording: „Records from surveillance areas, as well as those made in public places may constitute evidence.”

Explanation by experts consulted by G4Media.ro: „The Court has declared constitutional articles that limit the use of recorded conversations to those made by main parties or process subjects only when they view their conversations or their conversations with third parties and those made in public and on surveillance cameras. Applying these provisions will lead to a situation where a witness recording a conversation carried on by a defendant with another person in a private place can not be used in the criminal proceedings because the witness is neither a party nor a principal procedural subject. Also, from the interpretation of the text, the recording by a party that does not relate to his conversations in a private place will also not be admissible.”

Limitation of denunciations to one year after committing the act

Article Problem: Another example of a constitutionally modified article is Article 290, where, after paragraph 1, the SDP-ALDE amending law introduces paragraph 1, index 1, with the following wording: „For a person to to benefit from the provisions on the reduction of the penalty limits, the denunciation must be filed within a period of maximum one year from the date when the person became aware of the offense. ”

Explanation by the experts consulted by G4Media.ro: „Limiting the granting of legal benefits to a whistleblower by reference to the one-year term after committing the offense does not take into account the possibility for the denouncer to have objective reasons for not submitting the denunciation within this period, fears or the possibility of negative consequences that they bear if they submit the denunciation within the time limit prescribed by the law. For example, in cases of corruption or abuse of office where the denouncer is in a relationship of subordination with the person denounced, a denunciation may lead to job loss or adverse consequences. ” 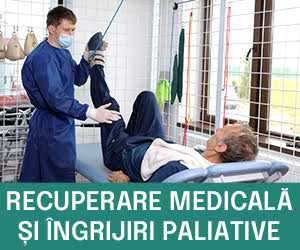