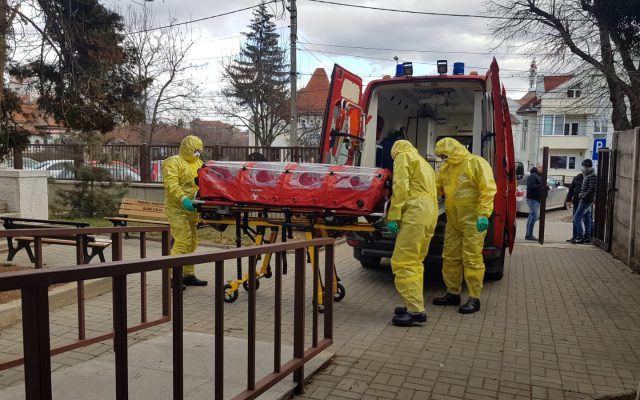 Romanian authorities over the weekend announced a wave of hard measures in attempts to deal with prospects of an expanding epidemic of the new coronavirus, less than two weeks after the first case was announced in the country. Decision makers have to deal with increased pressure in a country which: is reported to be seriously lacking in hospital capacity to deal with a large number of Covid-19 cases; is the source of massive numbers of workers abroad, especially in hard-hit Italy; and is facing elections this year, with politicians eager to take advantage of anything.

By Sunday, 12 days after the first case was confirmed, the number of Covid-19 cases in Romania reached 15. The first cases in Bucharest were also reported this weekend. Most people confirmed to have the virus had been in Italy recently or come in contact with Italian individuals. By Saturday, the number of people in quarantine stood at 16, with up to 13 thousand people isolated at home as a prevention measure.

Despite the low figures, authorities moved on Sunday to announce a set of serious measures. They decided the suspension of all flights to and from Italy between March 9 and 23. Activities with more than 1,000 people in attendance were also forbidden – and a book fair in the city of Timisoara was the first major event to be postponed. A procedure of how school classes or schools should be suspended in case of coronavirus infections was also announced. Further talks on a possible suspension of school activities are due to take place on Monday, despite the minister saying mass school closures had not been considered yet.

The wave of decisions within a short while contributed to a sense of siege in the media and among the population, in a country where the panic buying surge took place even before the first confirmed case of Covid-19 was announced in late February. How some measures were announced, with ministers and crisis officials organising a press conference at midnight on Sunday, did not ease feelings.

And medical schools across the country, which decide their activities by themselves, also continued to announce the suspension of classes and exams – the medical universities in Bucharest and Iasi were the latest to do so on Sunday.

Explanations for the measures announced by authorities may be found in multiple societal, political and medical issues

Romania has one of the largest communities of people living abroad. Italy, the European country which has been hit hardest by the new coronavirus epidemic, is a preferred destination for Romanian workers, with more than a million of them working there. As Orthodox Easter is approaching, seasonal traffic to and from Italy would have been expected to grow, in normal circumstances.

Romanian hospitals are not prepared to cope with an increase of the number of Covid-19 patients, in a manner similar to the epidemic in Italy and they needed an urgent increase of intensive care capacity, Vlad Mixich, a health policy expert, warned on Sunday.

And Romania is facing two round of elections this year – local polls in early summer and a general election due later this year. Attempts to organise early elections for the purpose of a more stable government have already been turned upside down by multiple black swans including the coronavirus. The Liberal government established late last year failed a censure motion in early 2020 and the country still waits for a full government. It is yet unclear how campaigning for upcoming elections will proceed, but many expect the hysteria caused by the new virus to affect how things will unfold. The biggest opposition party, the Social Democrats (PSD), which later this month is due to hold a congress to elect their leader after a series of major political losses in 2019, said that should the coronavirus crisis grow they’d consider holding a „video-congress”.